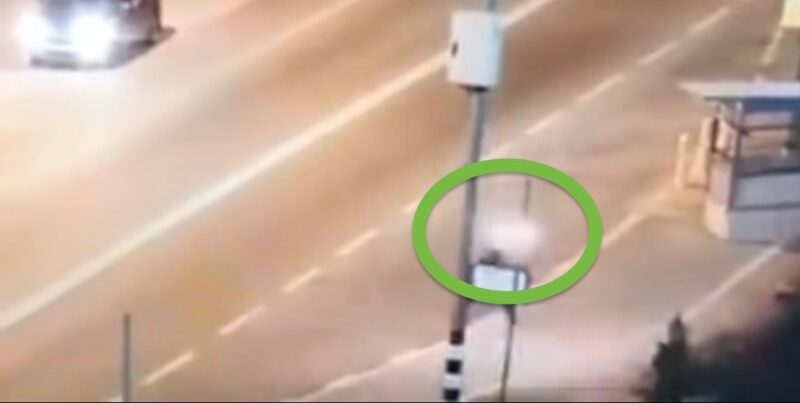 Israeli security services announced the detention, Sunday, of the Palestinian man accused of throwing a molotov cocktail at an Israeli soldier, on Saturday night, east of the northern West Bank city of Qalqilia, the Israeli media outlet (News 0404) reported.

It said that the Israeli soldier who failed to respond to the attack, at the military roadblock near the Israeli Kedumim colony, was suspended from his post, while the Palestinian suspect was sent for interrogation.

An Israeli security camera video shows the Palestinian man approaching the Israeli troop, setting fire to the Molotov cocktail and throwing it towards the soldier, who dodges the flames and then while he stands still, the Palestinian runs back to his car and drives off, according to the Jerusalem Press.

The Israeli army added that a coordinated military and intelligence search operation was initiated and the suspect was arrested, and taken in for interrogation.