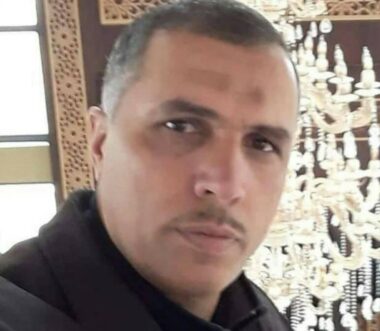 The Palestinian Prisoners’ Society (PPS) has reported that cancer-stricken detainee Abdul-Basset Ma’tan is facing serious health complications in Israeli prisons and is not receiving the needed specialized care.

Abdul-Basset was abducted on November 25th, 2021, and has been denied the urgent medical treatment he needs.

Before his abduction, the detainee underwent several surgeries due to his colon cancer; however, it became clear he has cancerous cells in the colon that could spread to other parts of his body.

The PPS held Israel responsible for the life of the detainee and all ailing political prisoners suffering from numerous diseases and chronic conditions, especially since many detainees have recently been diagnosed with tumors to several parts of their bodies.

Abdul-Basset, a married father of four, is also a former political prisoner held by Israeli for nine years, mainly under arbitrary Administrative Detention orders without charges or trial.