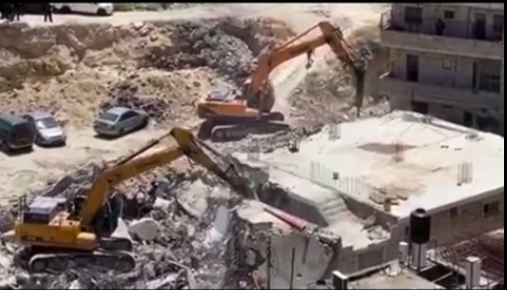 Sources told Palestine News Network, that a large army force invaded the camp with employees of the Israeli municipality.

The Alqam family consisting of ten family members, including children, have become homeless by Israel’s demolition of the building.

The pretext given by the Israeli municipality, was that the building was constructed without an Israeli issued permit.