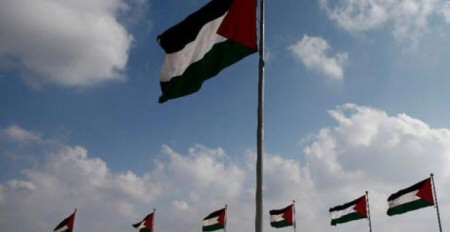 In a statement released by the Major’s office, the northern Parisian suburb of Gennevilliers has signaled its intent to recognize the State of Palestine, while calling on ‘all the cities of France’ to do the same.

In his statement, Mayor Patrice Leclerc outlined his desire to officially recognize Palestine in light of limited progress made on the issue since the election of French President Emannuel Macron, in 2016.
‘Today, President Macron refuses to recognize the State of Palestine, while it would be a significant step towards peace in this region,’ says Leclerc.

Leclerc believes the issue has reached a stalemate after Former Foreign Minister Laurent Fabius’ departure from parliament after the 2016 election and tacit progress on the issue in EU Parliament since 2014, including limited recognition of Palestine by EU member states.

According tothe PNN, Leclerc cited recent political developments and a worsening humanitarian situation as the main motivations for his decision.

‘The current context in Palestine and Israel is not appeased when President Trump decides to make Jerusalem the capital of Israel’ said Leclerc.  ‘And, when the Netanyahu government relentlessly pursues its settlement policy of the Occupied Territories and East Jerusalem, in violation of international law’.

Leclerc outlined his desire for fellow Parisian and French municipalities to follow suit.

‘Patrice Leclerc proposes to all the cities of France to take a decree of recognition of the State of Palestine. President Macron refuses to commit France in this way, but if thousands of parcels of France take this official decree, this position of the French municipalities will lead to recognition. It is a question of reaffirming France’s will to bring Israelis and Palestinians to peace.’

The suburb of Gennevilliers has witnessed a dramatic upturn in foreign immigration; its population has grown by 1424 since 2010, according to a 2014 census, and now constitute 32.5% of the population.

Many other municipalities have witnessed similar spikes in immigration throughout ongoing conflicts in Syria and Iraq, and a loosening of EU immigration laws.

The immigrant population of Taizé, one such municipality which Mayor Leclerc is calling on, has swelled to account for as much as 72.4% of the population in 2014.