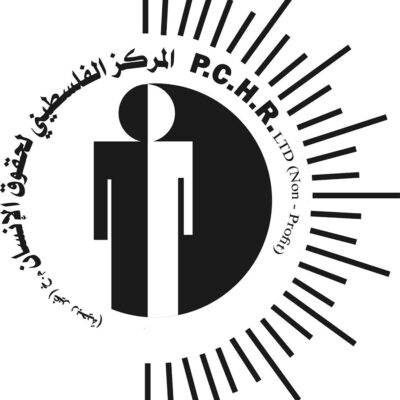 Two Palestinians were killed and another succumbed to his wounds.  Also, eighty-six others, including seven children, two paramedics, and three journalists, were wounded by Israeli occupation forces (IOF) fire while tens of others suffocated and sustained bruises in the West Bank, including occupied East Jerusalem, except 2 fishermen wounded in the Gaza Strip.

On 22 April 2022, a Palestinian succumbed to his serious injury in Ibn Sinai Hospital in Jenin, noting that he was wounded by IOF’s fire during their incursion into al-Yamoun village in Jenin on 18 April 2022.

On 26 and 27 April 2022, during IOF’s incursion into Jenin and Jericho in the West Bank 2 Palestinians were killed, and 6 others were wounded, including 2 children.  In addition, 4 Palestinians were arrested.  More information is available here.

Meanwhile, those wounded were victims of excessive use of force that accompanied the suppression of peaceful protests and gatherings organized by Palestinian civilians and they were as follows:

22 April: 31 Palestinians, including 2 medics and 3 journalists, were wounded during IOF’s extensive suppression of thousands of worshippers in al-Aqsa Mosque, yards, and praying halls in East Jerusalem.  Following the Friday prayer, IOF resumed their attacks on the worshippers at al-Aqsa Mosque and fired tens of teargas canisters via drones in the yard of the Dome of the Rock praying hall.  As a result, 26 suffocated, including children and women.

24 April: 4 Palestinians were wounded by IOF’s fire on workers who attempted to cross via the annexation wall in Tulkarem.

25 April: a Palestinian was wounded with a bullet in clashes with IOF during their incursion into al-Zababda village in Jenin.  Also, 2 sibling fishermen were wounded with rubber bullets along with another one and then arrested by IOF after the latter chased and confiscated their boat off Rafah shore, southern Gaza Strip. They were later released.

26 April: a Palestinian was wounded with a bullet in clashes with IOF after their incursion into Qabatia village in Jenin.

In the same context on 21 April, 4 houses and a civilian object sustained severe damage after IOF’s warplanes targeted a military training site, the western al-Bureij refugee camp in the central Gaza Strip.

”So far in 2022, IOF attacks killed 41 Palestinians, including 32 civilians: 8 children, 3 women, and the rest were activists; 3 of them were killed in assassinations. Also, these attacks wounded 524 others, including 63 children, 2 women, 6 paramedics and 16 journalists: all in the West Bank, except 7 fishermen in the Gaza Strip.

26 April: a Palestinian elderly was wounded after a group of settlers attacked him with batons and pepper-sprayed him in Kisan village, eastern Bethlehem.

”So far this year, settlers carried out 99 attacks on Palestinians and their properties in the West Bank.

On 26 April, IOF confiscated a truck-mounted concrete pump in Rojeeb village in Nablus under the pretext of working in Area C.

” Since the beginning of 2022, IOF made 41 families homeless, a total of 248 persons, including 48 women and 115 children. This was the outcome of IOF demolition of 51 houses and 5 residential tents. IOF also demolished 29 other civilian objects, razed 224 dunums and delivered 49 notices of demolition, cease-construction, and evacuation.

IOF carried out 228 incursions into the West Bank, including occupied East Jerusalem. Those incursions included raids and searches of civilian houses and facilities and the establishment of checkpoints. During this week’s incursions, 102 Palestinians were arrested, including 4 children and a woman, and summoned at least 8 others.  Also, IOF arrested 11 fishermen in the Gaza Strip and later released them.  More information is available here.

The Israeli occupation authorities declared the closure of crossings with the Gaza Strip and West Bank starting from Thursday afternoon, 21 April.  The crossing will operate normally on Saturday, 23 April, according to the situation.  On Saturday, 23 April, the Israeli occupation authorities announced the closure of Beit Hanoun “Erez” crossing, the northern Gaza Strip to around 12,000 Palestinian workers and businessmen starting from Sunday, 23 April, and until further notice under the pretext of rockets fired from the Gaza Strip.  However, the crossing was reopened on 26 April.

Meanwhile, the Israeli occupation maintains its illegal and inhuman 15-year closure on the Gaza Strip. Details are available in PCHR’s March monthly update on the Gaza crossings.

On 23 April 2022, IOF obstructed the access of thousands of Christian worshippers into the Church of the Resurrection in East Jerusalem to attend the Celebrations of Holy Saturday, which precede Easter.  IOF heavily deployed and established many barriers.  Also, they closed some of the Old City’s gates with barricades and turned it into a military zone.  They attacked the visitors by beating and pushing them at the barriers erected. IOF also denied a priest’s access to the Church and arrested two visitors, including an Egyptian journalist.

In the West Bank, including occupied East Jerusalem, IOF continues to impose restrictions on the freedom of movement. On top of its 108 permanent checkpoints, IOF established 109 temporary military checkpoints this week and arrested 7 Palestinians at those checkpoints.

”So far in 2022, IOF established at least 1264 checkpoints and arrested 75 Palestinians at those checkpoints.