PCHR: “On World Day against Death Penalty, PCHR Reiterates its Call for Abolishing This Penalty in Palestinian Law” 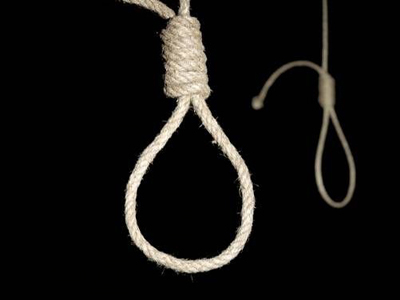 Today, 10 October, coincides the World Day against Death Penalty when calls are annually renewed by the countries of the world to work on abolishing this penalty from its legislation, considering it as an inhuman penalty that is incompatible with the values of justice and goals of punishments that aim at rehabilitating the offenders and not wiping them off.

On this occasion, the Palestinian Center for Human Rights (PCHR), reiterates its call for abolishing this penalty from the Palestinian legislation.  PCHR more than once has called upon the President to issue a law by decree to suspend the death penalty until the Palestinian Legislative Council (PLC) convenes to amend the Penal Code in order to abolish death penalty.

Article 1 of this Protocol provides that: “1. No one within the jurisdiction of a State Party to the present Protocol shall be executed. 2. Each State Party shall take all necessary measures to abolish the death penalty within its jurisdiction.”

Despite signing the Protocol, the official authorities have not yet taken any measures to give effect to its obligation.  Moreover, the Palestinian Authority has not yet made any attempts to suspend or abolish the death penalty in the Palestinian legislation.

Since its establishment, PCHR has always rejected the application of death penalty in Palestine and based on legal, objective, and human justifications, outweighing the considerations of justice over the political bickering and desire for retaliation.

PCHR believes that the judicature in Palestine, particularly in the Gaza Strip, does not have the expertise and tools need for such a sentence as serious as the death penalty that is irreversible in case the accused person was found not guilty.

Moreover, the investigation and trial proceedings include many violations, such as systematic torture during investigations and bringing civilians before Military Courts, in grave breaches of the international law and standards.  Thus, the sentence becomes invalid.

It should be mentioned that in 2018, the number of death sentences issued has so far risen to 7 sentences; all of them were issued in the Gaza Strip. Five of sentences were issued by courts of first instance, while the 2 others; one by the Court of Appeal upholding a previous sentence and the other by Court of Cassation.

It is noteworthy that 9 death sentences were applied following the formation of the National Unity Government in 2014 while no death sentences has so far been applied during this year.

Later, a new way to ratify the death sentences to be executed in the Gaza Strip was renovated as the Change and Reform Bloc which convenes on behalf of the PLC is now granting the ratification.  PCHR has repeatedly emphasized that such ratification is invalid and does not give any legal cover for the implementation of the death sentence.

PCHR stresses its complete rejection of applying any death sentence and considers that the implementation of death sentences without the ratification of the Palestinian President is an extra-judicial execution which demands effective accountability.

PCHR also emphasizes that any decision issued by any other authority regardless of its legality or the authority it represents will not ever replace the President’s ratification.

On the World Day against Death Penalty, PCHR stresses the seriousness of using this inhuman punishment and will continue working with the national and international partners to abolish completely this penalty from all legislations in Palestine.