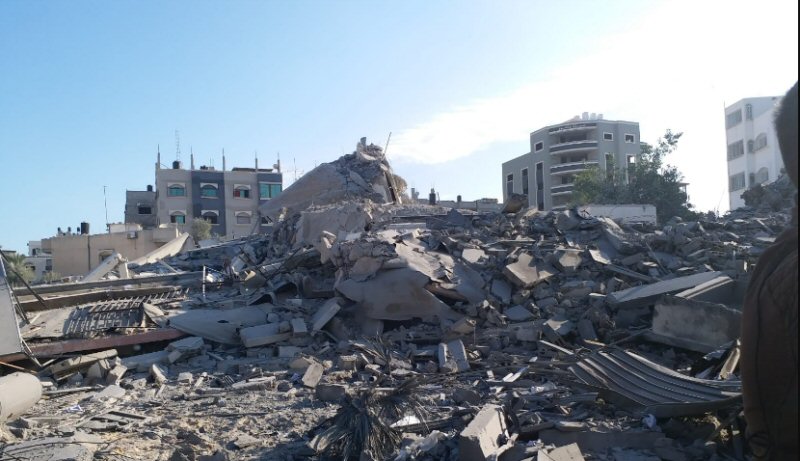 Israeli forces continued with systematic crimes, in the occupied Palestinian territory (oPt), for the week of 08 – 13 November, 2018.

New Israeli Military Esclation in the Gaza Strip: Israeli warplanes carried out dozens of airstrikes, launching 197 missiles at civilian buildings and military sites belonging to Palestinian Armed Groups.
2 Palestinian civilians were killed and 20 others were wounded, including 5 children and 4 women. Many civilian facilities, residential houses, and security sites were targeted and completely destroyed.

The Gaza Strip has witnessed a military escalation, where the Israeli forces have unprecedentedly used warplanes and artillery shells since the 2014 offensive on the Gaza Strip.  This escalation has started after an Israeli special undercover unit “Mista’arvim” infiltrated the day before yesterday, 11 November 2018, Khan Younis in the Southern Gaza Strip and killed 7 members of the Palestinian armed groups, mainly a commander in al-Qassam Brigades from Khan Younis, creating a state of maximum alter among the Palestinian armed groups and tension among the Palestinian civilians.  This undercover operation was followed by barrages of rockets launched deep into the Israeli towns adjacent to the Gaza Strip.  Since Monday afternoon, 12 November 2018, and until the reporting period, upon a decision by the highest Israeli military and political echelons, the Israeli forces carried out intense airstrikes against many civilian facilities and residential houses in addition to sites belonging to the security services and others to the Palestinian armed groups, launching at least 40 missiles.  The Israeli artillery shelling also targeted the areas adjacent to the border fence with Israel.  Due to the hostilities, 2 civilians were killed and 20 others were wounded, including 5 children and 4 women in addition to the destruction and severe damage in many residential houses, other civilian facilities and security sites.

In the same context, during the reporting period, the Israeli forces wounded 152 civilians, including 22 children, 11 women, and 4 paramedics.  Three of those wounded sustained serious injuries.

As part of the Israeli airstrikes, the Israeli forces fired artillery shells at sites belonging to the Palestinian armed groups along the border fence between the Gaza Strip and Israel.

In the West Bank, medical sources at al-Istishari Specialist Hospital in al-Rihan Suburb declared the death of Mohammed Shreiteh (28) from al-Mazra’ah al-Gharbiyah, northwest of Ramallah, as he succumbed to wounds he sustained during his participation in the peaceful protests against settlements on 26 October 2018.  The above-mentioned had been wounded with a bullet to the front side of the head, fragmenting part of his brain.

in the same context, during the reporting period, the Israeli forces wounded 17 Palestinian civilians, including 9 children and a paramedic, in separate shooting incidents.

As part of the Israeli settlers’ attacks against the Palestinians civilians and their property, PCHR’s fieldworkers in the West Bank documented 2 attacks carried out by settlers, in Salfit and Nablus.  The settlers wrote hostile slogans against Arabs on the walls and vehicles in addition to slashing tires of 17 vehicles in Kafr al-Deek village, west of Salfit.

In the Thirty-third week of the March of Return and Breaking Siege activities, Israeli forces killed 2 civilians and wounded 152 civilians, including 22 children, , 11 women and 4 paramedics. Doctors classified 3 civilian’s injuries as serious. The incidents were as follows:

Civilian Succumbed to his Wounds: