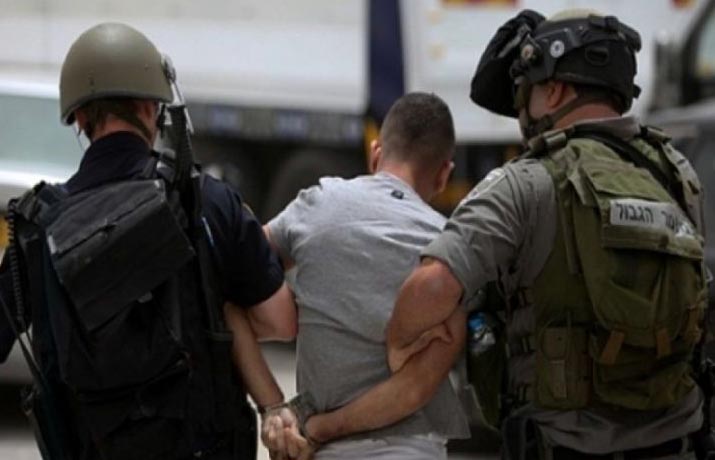 During the week of 03 – 09 November 2016, Israeli forces killed a Palestinian civilian at the entrance to the “Ofra” settlement, northeast of Ramallah and al-Bireh. Additionally, 6 Palestinian civilians, including a child and a photojournalist, were wounded in the occupied West Bank.

Israeli violations of international law and international humanitarian law in the Occupied Palestinian Territory (oPt), during the reporting period, were as follows:

Israeli forces have continued to commit crimes, inflicting civilian casualties. They have also continued to use excessive force against Palestinian civilians participating in peaceful protests in the West Bank and Gaza Strip, the majority of whom were youngsters. During the reporting period, Israeli forces killed a Palestinian civilian and wounded 6 others, including a child and a photojournalist, in the West Bank.

In the West Bank, in excessive use of lethal force, on 03 November 2016, Israeli forces guarding “Ofra” settlement, northeast of Ramallah, killed Ma’an Abu Qare’ (23) and kept his corpse in custody.  The spokesperson of the Israeli forces claimed the aforementioned person attempted to stab Israeli soldiers at “Ofra” intersection, as a result, they opened fire at him. No local eyewitness was present in the scene to confirm or negate the Israeli claims.

In the context of excessive force used in peaceful protests against the annexation wall and settlement activities, 5 Palestinian civilians, including a child and a photojournalist, were wounded. Four of them, including the photojournalist, were wounded in Kufor Qaddoum weekly protest, northeast of Qalqilya, while the child was wounded in Ni’lin weekly protests, west of Ramallah.

On 09 November 2016, one of the Israeli soldiers patrolling Howarah main street, south of Nablus, opened fire at Mohammed Amer (32), from Tulkarm. As a result, he sustained 2 serious bullet wounds to the back and right hand. Israeli forces claimed that Amer attempted to stab an Israeli soldier.

On 07 November 2016, Israeli gunboats stationed off al-Sudaniya shore, west of Jabalia, north of the Gaza Strip, opened fire at Palestinian fishing boats. They chased a bout while spraying it with wastewater in an attempt to get it drowned. As a result, Mahmoud Abu Riyala (18) fainted because of the wastewater and the boat sustained damage. A similar shooting attack took place at approximately 06:30 on Wednesday, 09 November 2016, but neither casualties nor material damage were reported.

During the reporting period, Israeli forces conducted at least 72 military incursions into Palestinian communities in the West Bank and 11 others in occupied Jerusalem and its suburbs. During these incursions, Israeli forces arrested at least 83 Palestinian civilians, including 23 children and 4 women. Twenty-eight of them, including 13 children and 2 women, were arrested in occupied Jerusalem. Among the arrested was a whole family consisting of 8 members from al-Amari refugee camp, south of Ramallah.

On 06 and 07 November 2016, Israeli forces raided Dozan and al-Manar publishing houses in Hebron respectively. They also confiscated some of the contents and withdrew later.

In the Gaza Strip, on 09 November 2016, Israeli forces moved about 100 meters into the east of al-Qarara village, east of Khan Yunis, south of the Gaza Strip. They levelled lands along the border fence and withdrew later.

In the context of house demolitions, on 08 November 2016, the Israeli municipality demolished a house belonging to Eid family in Wad al-Jouz neighbourhood in occupied Jerusalem, under the pretext of non-licensing.

On the same day, the Israeli municipality demolished a house belonging to Ghanem Mostafa in al-Eisawiya village, northeast of occupied Jerusalem, under the pretext of non-licensing. It should be noted that the house was built 3 years ago.

Also on the same day, the Israeli municipality demolished parts of a house belonging to Mahmoud al-Hadra while al-Hadra self-demolished a garage he built in front of his house in al-Tour neighbourhood, east of Jerusalem’s Old City, under the pretext of non-licensing as well.

On 09 November 2016, the Israeli municipality demolished a carwash belonging to Maraqa family in Beit Hanina village, north of occupied Jerusalem. The family said the carwash belongs to 2 brothers and was built 4.5 years ago. The financial loss is estimated at NIS 200,000.

In the same context, on 04 November 2016, Israeli municipality crews and forces moved into Selwan village, south of East Jerusalem. They photographed a number of residential and commercial facilities. They took photos also of streets in Wad Helwa neighbourhood in the village.  Wad Helwa committee stated that Israeli forces distributed summonses to owners of certain facilities under the pretext of non-licensing.

In a serious development violating the right to practice religious rituals, Israeli forces informed the Mua’zzins of 3 mosques in Abu Dees village, east of occupied Jerusalem, to stop the Fajr Prayer’s call (Adhan) via loudspeakers. Moreover, they denied residents of western areas of the village access to Saladin mosque to perform the Fajr Prayer on 04 November 2016.

Settlement activities and settlers’ attacks against Palesitnian civilians and their property:

On 03 November 2016, Israeli forces demolished 3 commercial and industrial stores at the entrance to Beita village under the pretext of building with no license in area (C) according to Oslo Accords.

According to investigations conducted by PCHR’s fieldworker, at approximately 08:30, 5 Palestinian civilians from al-Janiyah village arrived at the abovementioned land they own to harvest the olives. The 5 persons were identified as Saber Barakat Ali Abu Fakhidah (35), Saiel Barakat Ali Abu Fakhidah (60) and his son Sa’ad (34), Hasan Barakat Ali Abu Fakhidah (41) and Mohammed Ahmed Ali Abu Fakhidah (25). At approximately 12:35, they were surprised by around 15 to 20 settlers aging between 20 and 30 years old wearing civilian clothes and masks around them. They were holding sticks and iron pipes. A settler said in Hebrew to the farmers:”We will kill you.” They then attacked the farmers and beat them until Saber and Hasan Abu Fakhidah fainted. The settlers fled away. The injured were transferred to Palestine Medical Complex to receive medical treatment. Examinations showed that Saber sustained deep wounds in the head due to which he needed 20 stiches. As for Hasan, he suffered a fracture in four of the lower front teeth, wounds in the mouth, and bruises in the right leg in addition to a wound to the right hand that needed 5 stiches.