Remembering The Sabra And Shatilla Massacre 35 Years On 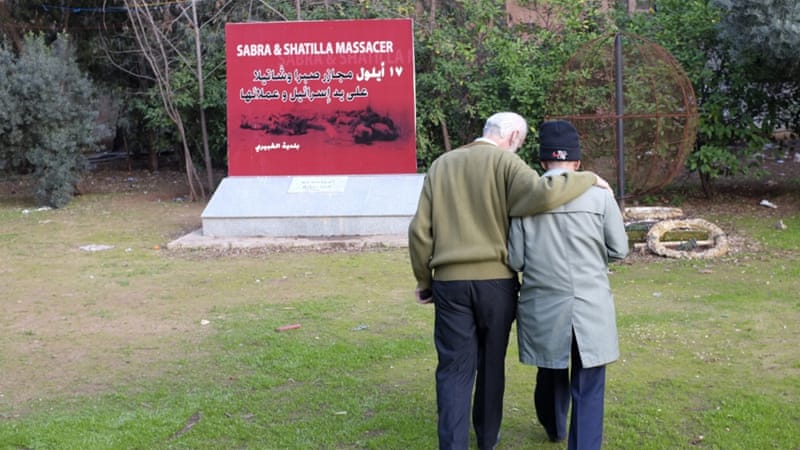 Its time to end the Israeli culture of impunity that permitted the Sabra and Shatilla massacre to happen, 35 years ago.

On September 16, 1982, following the Israeli invasion of Lebanon, the right-wing Christian Phalange militia stormed the Sabra and Shatilla refugee camps, in West Beirut, and began a massacre which ended in the deaths of hundreds, maybe thousands, of mostly Palestinian civilians. I was 19 years old, at the time. By chance and by luck, I managed to survive. My mother and five younger sisters and brothers; and my uncle, his wife and eight kids did not.

Israel’s invasion began on June 6, 1982. After much destruction, the Palestine Liberation Organization (PLO), which had defended the camps since its inception, agreed to leave Lebanon in August. They were given American assurances that civilians left behind would be protected. The president-elect of Lebanon, and the leader of the Phalange, was assassinated on September 14th. The Israeli army proceeded to invade and occupy West Beirut.

Israeli troops surrounded the camps to prevent the refugees from leaving and allowed entry of the Phalange, a known enemy of the Palestinians. The Israelis fired flares throughout the night to light up the killing field — thus allowing the militiamen to see their way through the narrow alleys of the camps. The massacre went on for two days. As the bloodbath concluded, Israel supplied the bulldozers to dig mass graves. In 1983, Israel’s investigative Kahan Commission found that Ariel Sharon, the Israeli Defense Minister, bore “personal responsibility“ for the slaughter.

“If the international community is obliged to remedy its moral responsibility to the victims of the Sabra and Shatilla massacre, by working to end Israel’s occupation and other abuses of Palestinian rights, then the lives of my family members and the others we remember on this 35th year will not have been lost in vain.”

Thirty-five years after the massacre, Israel continues to abuse Palestinian rights without consequence, and to enable the violence of its proxies, whether it is the Phalange, as in the past, or, as with today, illegal Israeli settlers living on occupied Palestinian land. Settler attacks on Palestinian property, lands, and persons have terrorised thousands, and killed families, almost in their entirety, such as last year’s arson attack on a Palestinian home which killed a mother, a father, and their 18-month baby. Palestinian complaints filed against settlers go unindicted by Israel. In fact, as documented by Israeli human rights organisation B’Tselem, “The [Israeli] military serves the settlers by allowing the attackers to simply walk away.” When they do take action, Israeli soldiers are more likely to support the settlers, often allowing them to continue attacking Palestinians, rather than shielding innocent civilians.

And, the Israeli military itself continues to commit war crimes with impunity, as evidenced by Israel’s repeated attacks on the tiny, besieged Gaza Strip, over the past decade, which have killed thousands of innocent Palestinians with disproportionate and indiscriminate force.

The dehumanisation of Palestinians by Israel also continues. It was this same dehumanisation that led Israel to allow vengeful militiamen to enter the Sabra and Shatilla camps, and that permits Israelis to occupy another people’s land for fifty years, while inflicting humiliation and injury. That indifference to the fate of the Palestinians does not belong solely to Israel. Israel’s 69 years of dispossession and a half-century of military rule is supported by unconditional American military aid and diplomatic backing. International bodies, like the UN Security Council, have repeatedly made note of Israel’s human rights violations, but done nothing more.

A fourth generation is now growing up in the squalid refugee camps in Lebanon. In Sabra and Shatilla, most living spaces consist of two very small rooms: a bedroom, where the entire family sleeps, and a living room of sorts. There is no ventilation, and hardly any electricity. Most families use battery-powered lighting. Drinking tap water is prohibited, as it is full of bacteria and very salty — it actually corrodes pipes. There are poor sanitary conditions. Medications for all illnesses are in short supply. Narrow alleyways — some with sewage running through — wind through the camps. When it rains, these small paths become muddy. Loose electrical wires hang down from dwellings. Young men connect and reconnect wires; from time to time, someone is electrocuted. Foul odours emanate from those crowded conditions. Illness is rampant. The Palestinian refugees in Lebanon long to return from exile to the homeland they were expelled from, but are not permitted to do so by Israel, simply because they are not Jewish.

If the international community is obliged to remedy its moral responsibility to the victims of the Sabra and Shatilla massacre, by working to end Israel’s occupation and other abuses of Palestinian rights, then the lives of my family members and the others we remember on this 35th year of remembrance will not have been lost in vain.

Nabil Mohamad is vice president of the American-Arab Anti-Discrimination Committee. He is currently living in Washington, DC with his wife, son and daughter.