Settlements to be Connected through Light Rail 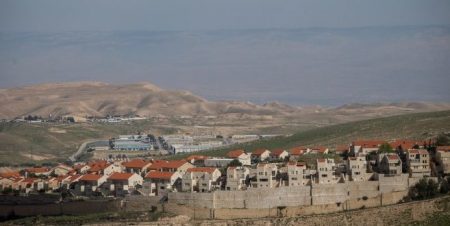 The lines will lead to settlements of Ma’ale Adumim, Geva Binyamin (Adam), Giv’at Ze’ev and the Kalandia checkpoint. In addition to these four lines, another line leading to Mevaseret Zion will be added.

Katz explained, according to the PNN, that the goal of the plan is to provide the same public transportation that residents inside the Green Line enjoy to the residents of these areas. “I see Jerusalem and the greater Jerusalem area as one entity,” said Katz.

Israeli West Bank settlements are illegal under  international law. However, during the past year, Israel has approved the construction of thousands of settlement units.

Three days ago, the West Bank Israeli settlements council and the municipality of Ma’ali Adumim, one of the biggest settlements, and the settlement lobby in the Knesset, have started a new campaign, demanding that Israelis sign a petition to annex the settlement, even though it is built on Palestinian-owned land in the occupied West Bank.