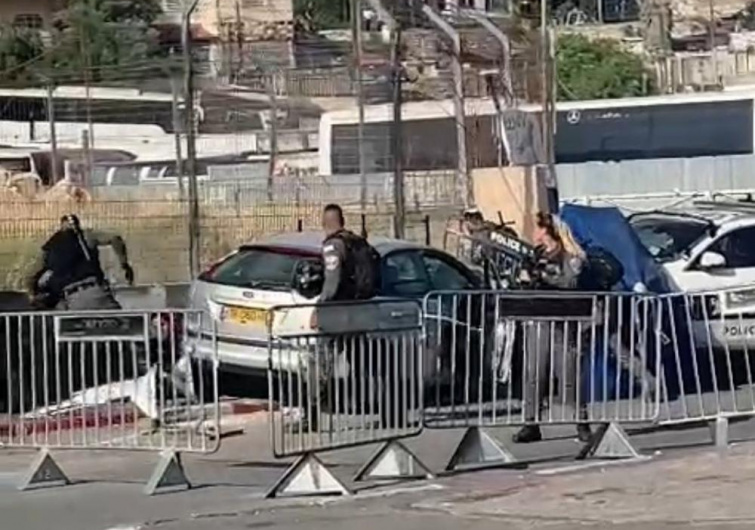 A Palestinian man, on Sunday afternoon, drove his car into an Israeli military checkpoint at the entrance of the Sheikh Jarrah neighborhood in occupied East Jerusalem, injuring seven Israeli soldiers, two critically according to Israeli sources.

Israeli soldiers opened fire at the car, killing the Palestinian driver, Shaher Abu Khadija, 41, from the neighborhood of Kafr Aqeb north of Jerusalem.

Shortly after the accident, Israeli soldiers attacked nearby Palestinian homes and fired teargas bombs and stun grenades into them.

While the Israeli army claimed the young man tried to ram soldiers with his car, eyewitnesses said Shaher was speeding, was surprised by the soldiers, and tried to swerve to avoid them.

The soldiers also abducted two Palestinians and took them to an unknown destination.

Sheikh Jarrah is the neighborhood in occupied East Jerusalem where the current tensions began. At least 550 indigenous Palestinians, from 28 families live in Sheikh Jarrah and are facing eviction and displacement from their homes they have inhabited for more than 48 years.