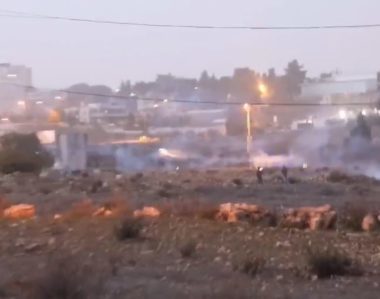 Eyewitnesses said dozens of Palestinians marched in the area of Beit El illegal colony, and were chanting against the ongoing Israeli occupation, its escalating violations against the people, their homes and lands, and their holy sites.

They added that the soldiers started firing a barrage of gas bombs, especially from the automated gas bombs’ launchers, mounted on their jeeps.

The soldiers also fired many live rounds, rubber-coated steel bullets, while many protesters started throwing stones at them. Many Palestinians were injured and received the needed treatment.