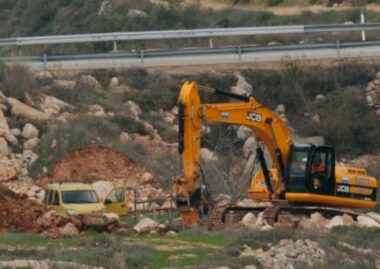 On Wednesday, Israeli soldiers closed with sand mounds an agricultural road in Qusra village, south of Nablus in the northern part of the occupied West Bank.

Hani Odah, the Mayor of Qusra, said the soldiers arrived in the area before the head of security in the illegal Esh Kodesh colony, used a bulldozer in placing sand mounds to close the road.

Odah added that the closure of this road prevented the farmers from reaching and plowing their lands, especially since the army closed several agricultural roads earlier this year.