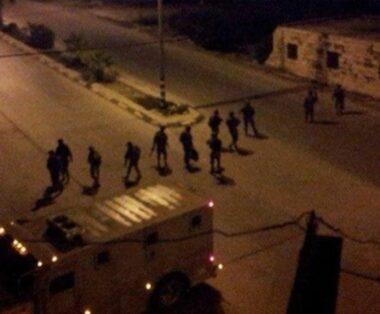 They added that several youngsters protested the invasion, and hurled stones at the army jeeps, while the soldiers fired rubber-coated steel bullets, gas bombs, and concussion grenades.