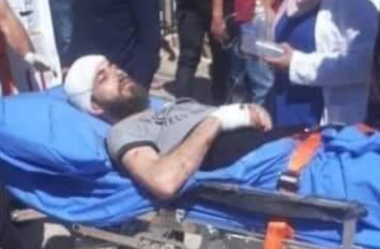 He added that Tamimi was rushed to the Istishari Hospital in Ramallah where he underwent surgery and was moved to Intensive Care.

The soldiers also caused many Palestinians to suffer the effects of tear gas inhalation, in addition to cuts and bruises.

The incidents took place when the soldiers attacked nonviolent protesters marching in condemnation of the ongoing Israeli violations, the illegal Annexation Wall, and Colonies.