Solidarity Ships to Sail for Besieged Gaza in September 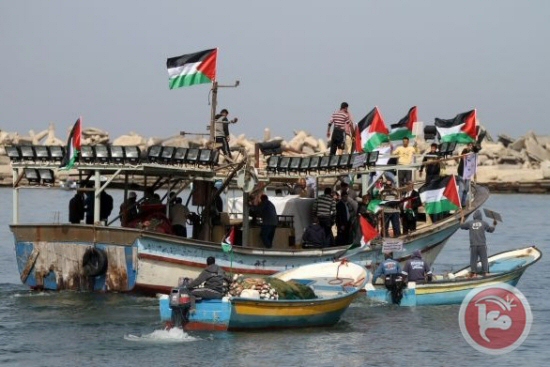 Two “solidarity ships” are set to sail towards the besieged Gaza Strip from Barcelona, Spain, in mid-September.

Named ‘Amal’ and ‘Zaytouna’ — meaning ‘Hope’ and ‘Olives’ in Arabic, respectively — the ships will be led by an all-female crew of 24, including Nobel Prize winner Mairead Maguire.

According to Issam Yusif, head of the world popular committee for the support of the Gaza Strip, most of the crew members are affiliated with civil society organizations, and will be making the nearly 2,000-mile journey to show solidarity with the Palestinian people against the decade-long illegal Israeli blockade on Gaza.

In a statement on Sunday, Yusif urged the Palestinian and international communities to support the new all-female “solidarity ships” initiative politically, financially and morally.

Yusif emphasized the importance of the initiative, saying it would help to highlight the Palestinian struggle for freedom and an independent state, as well as the everyday Israeli violations of international law and the Palestinian right to freedom of movement.

He also expressed, according to Ma’an News Agency, hope that the initiative would help to end the increasingly “tragic situation” of the blockade of the Gaza Strip, as the needs of the Gazan people continue to multiply despite the little aid they receive.

The Gaza Strip has suffered under an Israeli military blockade since 2007, when Hamas was elected to rule the territory. Residents of Gaza suffer from high unemployment and poverty rates, as well as the consequences of three devastating wars with Israel since 2008, most recently in the summer of 2014.

The 51-day Israeli offensive, termed “Operation Protective Edge” by Israeli authorities, resulted in the killings of at least 1,462 Palestinian civilians, a third of whom were children, according to the UN.

The UN has said that the besieged Palestinian territory could become “uninhabitable” by 2020, as its 1.8 million residents remain in dire poverty due to the nearly decade-long Israeli blockade that has crippled the economy, while continuing to experience the widespread destruction wrought by the Israeli offenses, and the slow-paced reconstruction efforts aimed at rebuilding homes for some 75,000 of Palestinians who remain displaced following the last Israeli assault.