The ِAnnexation After Seventy-Two Years Of Continuous Nakba 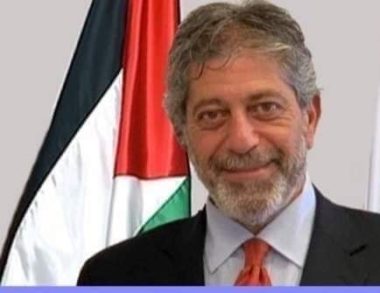 By: Marwan E. Toubassi, Ambassador of the State of Palestine in Greece: Some memories permeate our very existence and penetrate our collective consciousness for generations.

Survivors of Al-Nakba among them my family who were forcibly displaced from Yaffa “Jaffa” continue to preserve these indelible memories in every wrinkle lining their faces and in every cell and fragment of bone in their bodies that continues to remember the assaults against their homes, human dignity, and existence.

Each remembered grievance swims in their veins like pieces of hardened shrapnel that never dissolved in time. And while there are some things, we must forget in order to heal and survive, some things we simply cannot afford to as our national inalienable rights are not met yet.

Survivors remember the loss of innocence that every generation to come would possess as a result of the slaughters that were committed in Palestine at that time.

More than one single incident in Palestinian memory continues to stand out, not because of the bloodshed or gruesomeness of those massacres but because of the depth of its injury.

It became a haunting symbol of the Palestinian Nakba, which sparked 950,000 Palestinians to flee their homes and the killing of 15,000 people in one of the heinous crimes of history against humanity and the establishment of the State of Israel that was predicated on the erasure of Palestine.

Today, I don’t write about those massacres to recount the details of the unspeakable horrors – the mutilated bodies, rape, and theft, children slaughtered in their mothers’ arms, and bodies riddled with bullets and disemboweled by the Irgun and Haganah Zionist militant groups and others.

Today, I remember those massacres and forced displacement as a testament that al-Nakba” catastrophe ” is not over; that its precedent remains eternal. I remember that a sense of responsibility is increasingly attenuated when it comes to Palestine and that the ongoing ethnic cleansing of my people, the Palestinians, starting with the NAKBA “catastrophe”, was not just ‘allowed’ to occur.

Seventy-two years later, the stone homes of 531 villages that were demolished remain standing within some miles in clear sight of the Yad Vashem Holocaust Museum, a shrine where every known victim of the Nazi genocide is currently recorded.

These stone homes stand with stubborn determination as chilling reminders of the slaughters that remain a bloodstain on the conscience of those in this world who stood by and did nothing to intervene to put an end to the 72 years of continuous Nakba of my people through policies that we are subjugated to, policies of apartheid, colonization, annexation, collective arrests and many other violations of international law and UN resolutions by Israel the occupying power, that destroy the idea of any remaining prospects for peace, security and the establishment of the State of Palestine with East Jerusalem as its capital (on the remaining 22% of the historic land of Palestine which was far less than what was given to us by the UN partition resolution 181) based on the international consensus of the two-state solution on the pre-1967 borders and resolving the issue of our refugees according to the 194 UN resolution, which is the only path to ensure stability in our region.

The EU including Greece as the International Community should hold their political, ethical and legal responsibilities based on their commitment to the International Law and the UN charter and resolutions to impose sanctions on Israel the occupying power that is backed by the biased US administration imposing further annexation and Israeli sovereignty over most of the territories of the occupied State of Palestine. It is my lifelong conviction that any nation who oppress other nation cannot themselves ever be free!