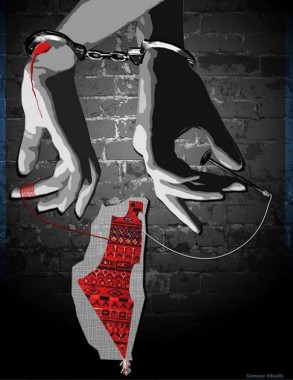 The Palestinian Detainees’ Committee warned, Wednesday, that three Palestinian political prisoners, held by Israel, are facing deteriorating health conditions, in the Eshil Israeli prison, and are denied the right to proper medical attention.

In its statement, the ministry said that the detainees were not provided with the needed professional medical treatment, although they are suffering from various serious conditions.

It stated that detainee Bassam Sayeh, 43, from the northern West Bank city of Nablus, was moved several days ago from Ramla prison to Eshil.

It added that Sayeh suffers from various serious health conditions, including bone and blood cancers.

The committee further stated that detainee Mahmoud Abu al-Fool, from Jabalia in northern Gaza, has various injuries in one of his legs, and is facing the possibility of amputation due to complications.

Another detainee, identified as Ayyoub Atallah, from Gaza, is also facing various complications in one of his legs, especially after amputation and the installation of an artificial limb that does not fit him, resulting in inability to walk and severe pain.