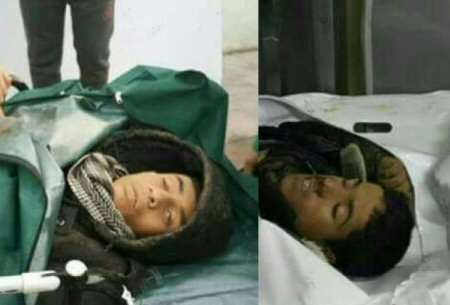 Two Palestinian youth, both aged 17, were killed by Israeli airstrikes in the city of Rafah, in the south of the Gaza Strip.

According to the Palestinian Ministry of Health in Gaza, the two Palestinians, identified as Salem Mohammad Suleiman Sabbah, 17, and ‘Abdullah Ayman Salim Irmeilat, 15,.

Both of the young teens received life-saving treatment, but neither of them survived, the ministry said in a statement.

The two civilians, local sources said, were part of a group of six teens affected by an Israeli airstrike in an empty area in the city of Rafah.

In the statement, the ministry said that the other four were lightly wounded.

On Saturday, an explosive device detonated in an Israeli military jeep after crossing the Gaza borders in the southern Gaza city of Khan Younis, where four Israeli soldiers were wounded, including two who sustained serious injuries.

The Israeli army launched about 20 airstrikes in different areas, including police and border guard stations across the Gaza Strip, claiming it attacked what was dubbed as “terror posts.”

It is worth mentioning that the al-Qassam Brigades, the armed wing of Hamas, said it used, for the first time, anti-aircraft missiles against the Israeli war jets, forcing them to withdraw.

In a statement al-Qassam said “we used surface-to-air missiles in countering airstrikes by the enemy – we will continue to protect our people.”

Al-Qassam held Israel responsible for the escalation in the region, and stated “that the Israeli strikes, bombardment, and constant violations against our people reflect the enemy’s hostile intention.”

“The enemy must understand that it is the violator and aggressor, and we will always perform our duty and protect our people,” al-Qassam said in its statement, “Israeli leaders are trying to burry their corruption and their failures by escalation the aggression against our people.”.