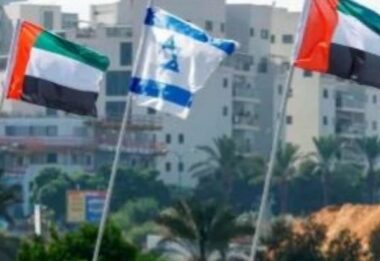 A senior official in the City Council of occupied Jerusalem has reported that the United Arab Emirates is “very enthusiastic” about an “investment project” in East Jerusalem. The project has been dubbed as a “Silicon Valley” for Jerusalem, aimed at boosting commerce and trade between the two countries, while taking over and colonizing Palestinian land in East Jerusalem.

The Deputy Mayor of Jerusalem, Fleur Hassan-Nahoum, stated that the project is planned to be implemented in Wadi al-Jouz, Sheikh Jarrah and al-Misrara Palestinian neighborhoods, in occupied East Jerusalem, through the “Silicon Valley” project, carrying the namesake of the Silicon Valley in San Francisco Bay area, in northern California, USA.

Hassan-Nahoum, who visited the UAE last week as part of an official Israeli delegation to follow-up on the “Normalization Agreement” between the two countries, managed to recruit a company in the Emirates to invest in the new project, and claimed the deal is helping strengthen the ties between Abu Dhabi and Tel Aviv.

She also claimed that the project will also help create ties between the Palestinians in East Jerusalem and the City Council.

The so-called “Silicon Valley” project aims at transforming large areas of occupied East Jerusalem into commercial and tourist areas, which will also lead to building and expanding illegal colonies on Palestinian lands, in addition to using the project to link the western and eastern parts of the occupied city, bringing further recognition of it as the “unified capital of Israel” as stated in the so-called “Deal of the Century” presenting by the US President Trump and his team, by denying the historic Palestinian ties to the occupied city, and their legitimate aspiration to establish a sovereign, contiguous and independent Palestinian State with East Jerusalem as its capital.

The project aims at constructing large buildings to house technology and high-tech corporations, in addition to public gardens, government-run facilities and offices, colonialist units, and roads.

This project will be implemented on the ruins of more than 200 Palestinian commercial and industrial facilities in Wadi al-Joz neighborhood, in the same area where Israel has already delivered demolition orders targeting Palestinian buildings on more than 250 dunams in neighborhoods adjacent to the Old City.

Moshe Lion, the Mayor of occupied Jerusalem, has been advertising for the project as a massive high-tech plan, the biggest in Jerusalem, and that it would provide jobs for thousands of graduates.

It is worth mentioning that Fleur Hassan-Nahoum has claimed that Israel aims at providing jobs to the residents of Jerusalem, especially “the 35% who speak Arabic and live in East Jerusalem” (the indigenous Palestinians of Jerusalem), and added that businessmen from the UAE are enthusiastic about these projects.

She added that the Palestinians in East Jerusalem would benefit from severing their ties with the Palestinian Authority, and that this project would provide them with jobs.

It is worth mentioning that, many months before Israel and the UAE announced the “normalization plans” Fleur and Dorian Barak, an Israeli entrepreneur and businessman, have already setup ties with Emirati corporations after long secret ties that extended for years, through a joint council that brought them together.

However, the official also said that the United Arab Emirates is concerned about the increasing Turkish influence in Jerusalem, and are willing to take measures that would limit it.