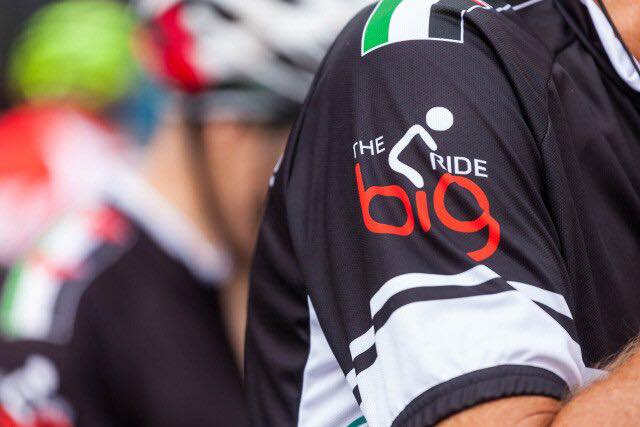 Officials at a London council that refused to host a charity event in aid of Palestinian children did not tell the organizers the decision was based on fears their criticism of Israel could breach antisemitism guidelines, internal emails have revealed.

The exchanges among officials at Tower Hamlets council also reveal they thought the event should be turned down, in part because of the row over antisemitism in the Labour party.

The council told The Big Ride for Palestine, which has raised nearly £150,000 for sports equipment for children in Gaza since 2015, that the event’s “political connotations” meant that the closing rally of this year’s bike ride could not go ahead in the borough “without problems”.

Officials told organizers there was a risk speakers might express views which contradicted the council’s policies on community cohesion and equality.

Behind the scenes, council staff raised fears of a “real risk” that the event and its organizers could be seen to have breached the International Holocaust Remembrance Alliance’s (IHRA) working definition of antisemitism because of references on their website to apartheid and ethnic cleansing. One official said there were concerns “not least because of the recent furour [sic] within the Labour party over Anti Semitism [sic]”.

When considering how to explain the decision, one council official said it would be wise to “avoid the anti Semitism aspect ref their website as this could open a can of worms and come back to bite us”. There was no reference to antisemitism in the email to the event’s organizers.

The internal emails, released after a freedom of information request by the Palestinian Solidarity Campaign, revealed the council attempted to assess the Big Ride website according to the rubric of the controversial IHRA definition.

The emails showed concern among council officials over quotes on the Big Ride website that described the Israeli treatment of Palestinians as ethnic cleansing and drew parallels between Israeli policies and apartheid-era South Africa.

One section of the website said: “Active opposition to the crimes of the Israeli state is a responsibility, just as opposition to South African apartheid was a moral and political imperative for many”, while another said: “It’s blatantly obvious to recognize the parallels between Apartheid South Africa and the state of Israel … This is an Israeli issue, not a Jewish one, many Jewish friends oppose this oppression.”

Elsewhere, the ride was described as a protest “against 67 years of Israeli ethnic cleansing”.

The controversial IHRA definition warns “claiming that the existence of a State of Israel is a racist endeavour” constitutes antisemitism. It grew in prominence after the Labour party adopted a version that excluded some examples included in the original text.

The party ultimately adopted the full definition, alongside a statement specifying that nothing in it should “undermine freedom of expression on Israel or the rights of Palestinians”.

Critics say the definition potentially conflates legitimate criticism of Israel with racism. Its supporters view it as a means of helping organizations assess subtler forms of antisemitic abuse.

The emails show council staff had already decided the event could be refused on the grounds it was “controversial and sensitive” before calling on colleagues to check it against IHRA criteria.

After looking at the text of the website, an official, whose name was redacted from the released emails, wrote: “It seems therefore, that although the application form raises no issues, the contents of their website does raise the risk that the event will fall foul of the position the council has adopted.”

In a separate email, the council’s head of sports, leisure and culture said she felt the event should be refused because “the council has recently adopted the [IHRA] definition of antisemitism and there are concerns about the content of the organization’s website with regard to this”.

The head of parks, Stephen Murray, suggested avoiding explaining the reasons behind the refusal in any reply to Big Ride organizers because of concerns that it would open “a can of worms”.

A Tower Hamlets council spokesperson told the Guardian: “The council gave the application careful consideration and decided not to host the event, because we do not host rallies with political connotations, albeit without direct links to political parties.”

A spokesperson for the charity said its work was focused on helping the 300,000 children in Gaza showing signs of severe psychological distress. The spokesperson added: “It’s a dreadful thing when an over-scrupulous interpretation of the IHRA definition of antisemitism is used behind closed doors to prevent awareness raising of the situation in Palestine and the need for humanitarian support.”