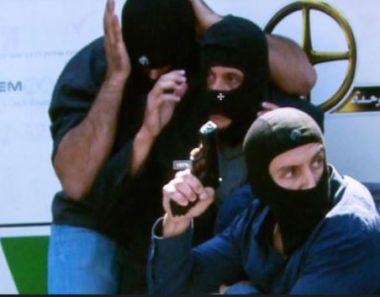 Undercover Israeli soldiers kidnapped, on Tuesday evening, a young Palestinian man in Shweika area, north of Tulkarem, in the northern part of the occupied West Bank.

Wafeeq Abdul-Karim Hussein, said that he and his son, Mohammad, and his son-in-law, were in a car when the undercover soldiers, driving a black minivan, blocked the road before the soldiers jumped out and surrounded them.

He added that the soldiers smashed the rear window of the car, before assaulting them, and kidnapped his son.

The father also said that the soldiers confiscated the mobile phones the three carried, and dragged his son into their car.

The undercover soldiers then drove towards some Israeli military jeeps, which invaded the area, and secured their retreat.

On Tuesday at dawn, the soldiers abducted at least ten Palestinians from their homes, in several parts of the occupied West Bank.