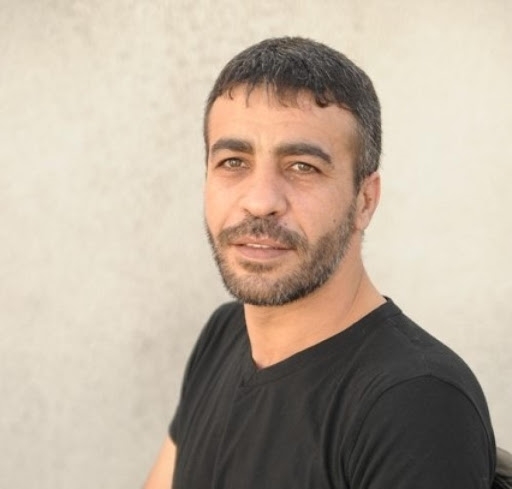 RAMALLAH, Sunday, December 11, 2022 (WAFA) – Nasser Abu Hmeid, 49, a critically ill Palestinian freedom fighter and cancer patient serving a life sentence in Israeli jails, was rushed to hospital today after a serious rise in his body temperature and a drop in heart rate, according to the Palestinian Prisoner’s Society (PPS).

Abu Hmeid has been battling death for several months in the Israeli occupation’s infamous Ramla Prison Clinic. His health has been deteriorating since amid widespread cancer cells throughout his body, with complete damage of his left lung.

Recently, Nasser has been suffering from dangerous fluids escaping of his lungs. He also complains of a rapid heartbeat, anemia, a sharp loss of weight, loss of appetite, and a loss of ability to distinguish what is going on.

Abu Hmeid, 49, from Amari refugee camp in Ramallah, entered into a coma earlier this year after suffering a severe inflammation of the lungs as a result of bacterial contamination.

Last August, the PLO Prisoners and Ex-Prisoners Commission said a tumor that was detected in Abu Hmeid’s head was a result of Israeli Prisoner Service’s failure to deal with his health condition at an earlier stage.

The family of Abu Hmeid has appealed to all parties of concern to take urgent and effective action to save the life of their son, as well as on the masses of our people to continue their popular support to press the occupation to release him as he’s facing an imminent risk of death.

The Palestinian Prisoners and Ex-Prisoners Affairs Commission had also urged all human rights and international institutions to urgently intervene and pressure the Israeli occupation authorities to release the Abu Hamid, who is battling cancer.

Abu Hmeid is one of five siblings serving life sentences in Israeli prisons for their activism in the resistance of the Israeli occupation of their homeland. He has been imprisoned since 2002, and is serving seven life sentences and an additional 50 years behind bars.