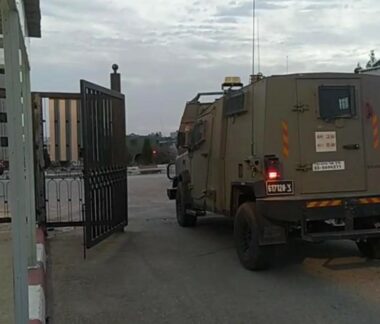 They said that Israeli forces cordoned off the university campus, located in Birzeit town, blocking all of its entrances before breaking into the campus.

It condemned the raid as a “blatant attack on the norms and covenants that prohibit attacks on academic and health facilities.”

The raid triggered confrontations in the vicinity of the campus, where the soldiers opened fire to disperse local protestors.

Attacks on education by Israeli military forces and Israeli settlers in the Palestine constitute grave violations of right to education and development. These attacks are particularly prevalent in the most vulnerable areas of the West Bank – Area C, H2 and Jerusalem.