WAFA: “Saeb Erekat, member of the PLO and long-time Palestinian negotiator, dead at 65” 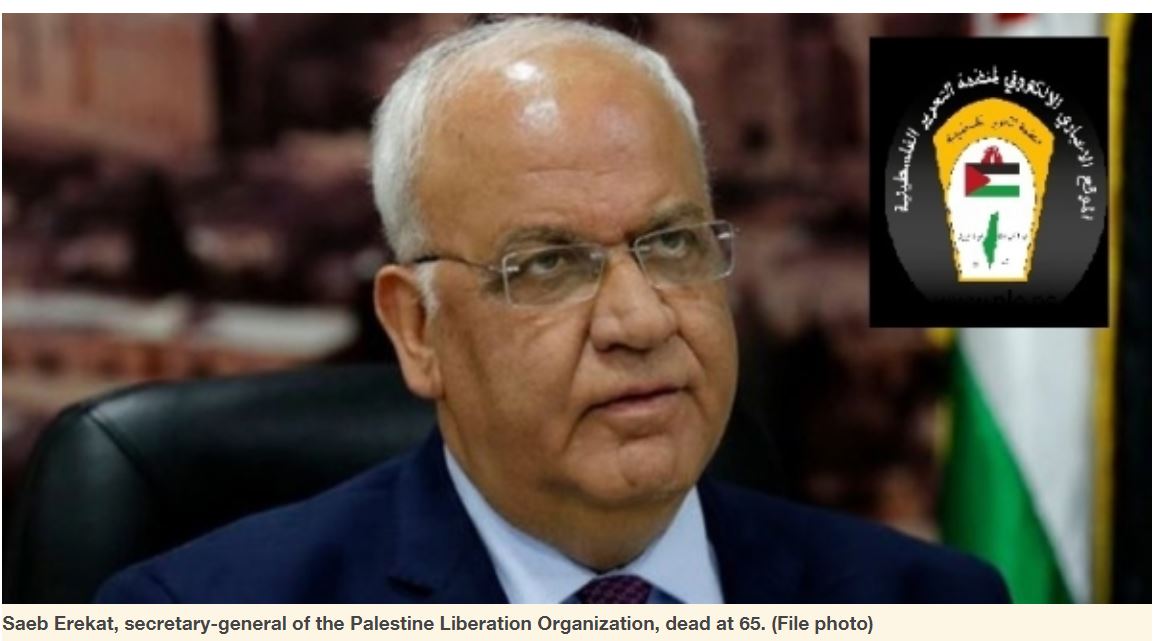 RAMALLAH, Tuesday, November 10, 2020 (WAFA) –Saeb Erekat, longtime chief Palestinian negotiator and secretary-general of the Executive Committee of the Palestine Liberation Organization (PLO), who died today, more than a month after contracting Covid-19. He was 65.

Erekat received a lung transplant in the United States in October 2017. Before his death, he was getting treatment for the disease at the Israeli Hadassah Hospital in West Jerusalem.

Erekat, born in East Jerusalem in 1955, graduated from the University of San Francisco in the US in 1977 with a BA degree in International Relations and an MA degree in Political Science in 1979. He completed his Ph.D. in Peace and Conflict Studies from Bradford University in England in 1983. He is the author of eight books and numerous research papers on Middle East politics and conflict resolution.

After completing his doctorate, Erekat moved to the West Bank city of Nablus, where he served as a professor of political science at al-Najah National University. He also served on the editorial board of Al-Quds newspaper, the Palestinian daily with the highest circulation.

Previously, Erekat served as the Minister of Local Government in 1994. In 1993, he was appointed as the Head of the Central Elections Committee that prepared for the presidential and legislative elections. He resigned from his post to run for elections in Jericho. He was elected to the Palestinian Legislative Council (PLC) in 1996.

In May 2012, Erekat was hospitalized in Ramallah after suffering a heart attack. In October 2017 he required a lung transplant and was given one at Inova Fairfax Hospital in northern Virginia in the United States. On October 9, 2020, he tested positive for COVID-19, and remained in isolation in his house in Jericho. On October 18, 2020, following his health deterioration, he was rushed to the Hadassah University Hospital- Ein Karem, in West Jerusalem, where he died at the age of 65.

He is survived by his wife, Niemeh Erekat, and four children, Dalal, Salam, Ali, and Mohammad.