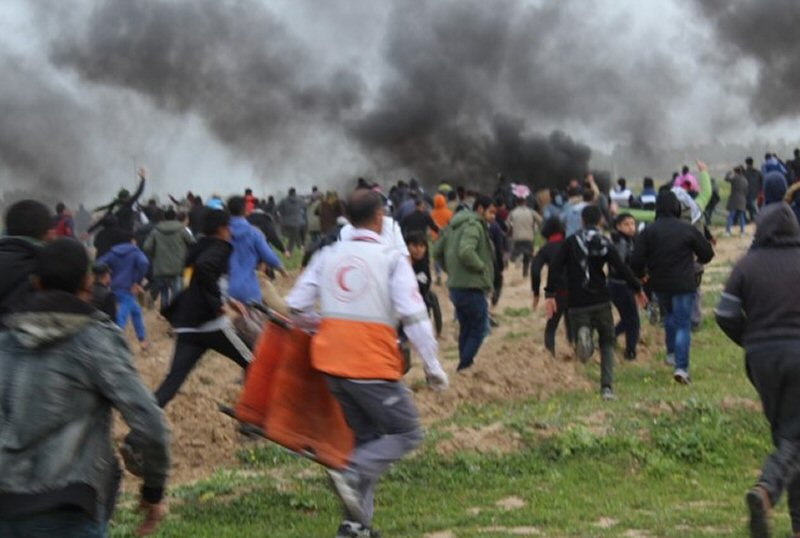 Israeli forces continued with systematic crimes, in the occupied Palestinian territory (oPt), for the week of 3 – 29 May, 2019.

Israeli forces continued to use excessive force against the peaceful protesters in the Gaza Strip. 11 Palestinian civilians, including 3 children, a paramedic, and a journalist, were injured. A Palestinian child was wounded in the West Bank.

During the reporting period, Israeli forces conducted at least 54 military incursions into Palestinian communities in the West Bank and 7 other incursions into Jerusalem and its suburbs. During those incursions, Israeli forces arrested at least 47 Palestinians, including 4 children, from the West Bank, while 25 other civilians, including 8 children and a woman, were arrested from Jerusalem and its suburbs.

Despite their claims to provide facilities for Palestinian civilians in Ramadan and allow them to perform prayers in al-Aqsa Mosque yards in occupied Jerusalem’s Old City, Israeli forces continued to impose restrictions on them, including the city residents. During this week, and for the second consecutive week, large forces of Israeli soldiers raided al-Aqsa Mosque after al-‘Isha and al-Taraweeh prayers and forcibly ordered al-Mo’takefeen, who are staying in the al-Aqsa Mosque for a certain number of days to perform prayers, to leave the mosque.

During the 58th week of the March of Return and Breaking Siege activities, Israeli forces killed a Palestinian civilian and wounded 48, including 11 children, two women, two journalists, and two paramedics. The incidents were as follows:

Detailed document available at the official website of the Palestinian Centre for Human Rights (PCHR).