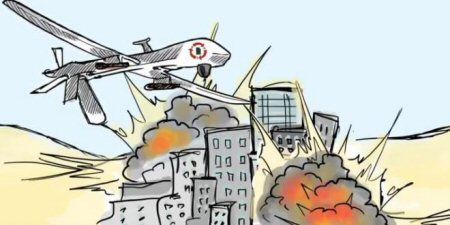 Today, on the International Day of Solidarity with Palestinian Political Prisoners, more than 150 European trade unions, political parties, human rights organizations and faith groups from over 16 European countries have issued a call urging the EU to uphold its legal responsibilities and exclude Israeli military companies from EU Framework Programs.

This call – accompanied by a video briefing – comes at a time when at least 35 unarmed Palestinians have been shot dead by Israeli snipers during three weeks of protests at Gaza’s border with Israel.

The 150 strong list of signatories includes, according to the PNN, 20 signatories from Ireland, including political parties Sinn Féin, Solidarity, People Before Profit and the Communist Party, trade union organisations like TSSA and Dublin and Derry trades unions councils, NGOs like Afri, the Africa Centre and Centre for Global Education, solidarity groups like the Ireland-Palestine Solidarity Campaign, Sadaka and Academics for Palestine, and other anti-war, anti-racist and social justice organisations.

From the rest of Europe, it includes the European Network Against Arms Trade – a network of 18 organisations from 13 European countries, the National Federation of Railway Workers, Transport Workers, Officials and Employees of Luxembourg, Norwegian Union of Municipal and General Employees, Comisiones Obreras and CGT in the Spanish State, La Centrale Generale FGTB in Belgium, UNISON in Britain and the north of Ireland, the Belgian Workers Party, Podemos in the Spanish State, déi Lénk in Luxembourg, a global Catholic peace movement Pax Christi International, Friends of the Earth Finland, Human Rights League in France and Kairos Sabeel in the Netherlands and UK among others. See here for letter and full list of signatories.

The signatories stress that “European taxpayers’ money is being channeled to military companies, among them many Israeli corporations, under the disguise of research and a promise that the technologies and techniques developed will be used solely for civilian purposes.”

The call states that “one of the ways in which arms and military companies have gained access to EU funding is through the current EU Program for Research and Innovation, Horizon 2020. This includes many Israeli military companies. Although the EU claims that research funds have gone only to projects with civilian applications, many of the projects approved are of dual-use nature serving military interests as well. Many others serve policies that curb or violate refugees’ rights and militarize our societies.”

The signatories call on the EU to immediately exclude all Israeli military and security companies from the EU framework programs, given that an analysis of past projects has shown that their participation in these programs inherently involves EU support for the development and legitimization of, and profiting from, technology and methodology used by Israel in the commission of war crimes and human rights violations.

Already in 2015 a coalition of 30 Palestinian trade unions and civil society organisations have called on the EU to exclude Israeli military companies from Horizon 2020. Also in 2015, Members of the European Parliament issued similar call.

“Public and governmental bodies must respect their obligations under international law and their own constitutions. It is time for European citizens to demand that not a penny more of their tax money be gifted to Israeli military and security corporations and institutions. It’s also beyond time for national governments to pressure the EU on its political and ethical inconsistencies, and for the EU to respect its own legislation” – said Ana Sanchez, international campaigns officer for Palestinian Boycott National Committee, one of the signatories of the call.

Aneta Jerska from the European Coordination of Committees and Associations for Palestine concluded: “It is empowering and heartening to see so many European trade unions, civil society organisations and representative bodies publicly demanding the end of EU’s support for Israel’s violations of international law and human rights abuses. This is a powerful sign that European public opinion is well aware that Israel has been occupying and colonising Palestine by military means in breach of UN resolutions and International Law, and by speaking out like this clearly conveying the message that we refuse to remain complicit.”

To find out more about the ways the EU is funding Israeli military companies watch this video: