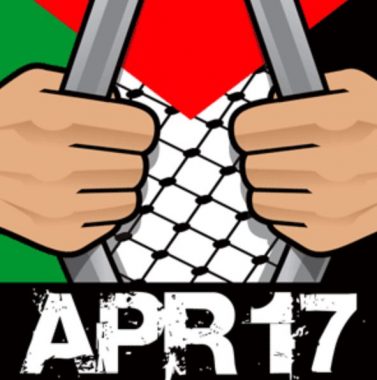 The Palestinian Prisoners Society (PPS) issued a statement marking the “Palestinians Prisoners’ Day,” on April 17th, and said that Israel is holding captive 6500 detainees, including 1928 who were abducted since the beginning of this year.

In its report, the PPS said that Israel is holding captive 6500 Palestinians, including 350 children, 62 women, and six democratically-elected legislators. Among the imprisoned women are 21 mothers, and eight children.

29 of them were abducted and imprisoned since before the first “Oslo Agreement,” and were supposed to be released in 2014, as part of the ”efforts to resume peace talks,” but Israel refused to release them.

In 2013, Israel agreed to release in four batches 104 veteran Palestinian prisoners who were held in custody prior to the 1993 Oslo Accords. The releases were part of a plan to resume peace negotiations, after talks were halted for more than two years.

The longest serving Palestinian detainees are Karim Younis and Maher Younis, who were taken prisoner 35 years ago, in addition to Na’el Barghouthi, who served 34 years in prison before he was released under the “Shalit Prisoner Swap Agreement”, but was rearrested by the army in 2014, and an Israeli court reinstated his original sentence of 18 life terms.

700 of the total number of detainees are suffering from serious illnesses and health conditions, including 26 suffering from various types of cancer.

The PPS also said that 215 detainees have died while in captivity, including 75 who were killed by the arresting soldiers, 72 died from torture, 31 died after not being provided with medical treatment for various illnesses, and seven who were shot while in prison.