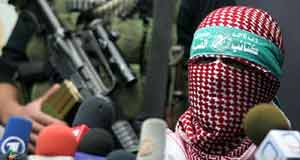 Abu Obaida, spokesperson of the Al Qassam Brigades, the armed wing of Hamas, stated that the second phase of the prisoner-swap deal will include the release of security detainees who are old, and sick, in addition to several detainees sentenced to 20 years of more.“Besides releasing ailing detainees, the priority will be given to those who spent 20 years or more in Israeli prisons”, Abu Obaida said.

The second phase of the prisoner-swap deal would include the release of 550 detainees. “

“The nine remaining female detainees held by Israel would be release in the coming days”, the Al Qassam spokesperson added.

Abu Obaida further stated that Egypt, as a mediator and sponsor of the deal, vowed to ensure that Israel fully implements the second half of the deal, and added that he believes Israel will fulfill its part of the deal in order to prevent retaliation from the Resistance.

The Al Qassam spokesperson said that the Hamas movement will not have any role in determining the names of the detainees, yet, Egypt will be part of the process to ensure all segments of the deal are implemented as they are.

Furthermore, Palestinian Minister of Detainees in Gaza, Saleh Al Aroury, stated that the remaining 9 detainees will be released within days, and not when the second phase is implemented.

The first phase of the swap deal, implemented Tuesday, secured the release of Israeli soldier, Gilad Shalit, in exchange for the release of 477 Palestinian detainees, among them
27 female detainees, sixteen detainees from Jerusalem, and three from the 1948 territories, including one from the Golan.

247 of the released detainees were sent back to their homes in Gaza, 96 to the West Bank, 14 to Jerusalem. Six Arab detainees, including one who lives in the Golan Heights, were also sent to their towns in the 1948 territories.

All 37 detainees, who were forced into exile as part of the Shalit swap deal between Hamas and Israel, arrived in Syria, Qatar and Turkey, while the exiled female detainee, Ahlam Tamimi, was sent to Amman – Jordan.

10 detainees were sent to Turkey, 16 to Syria, 15 to Qatar while Tamimi was sent to Jordan. They were all airlifted from Cairo to the countries that agreed to host them.

The second phase of the deal, due to take place in two months, would see the release of the 550 detainees.