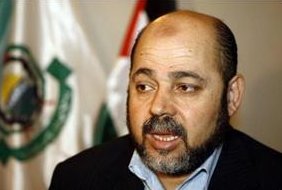 Deputy head of the Hamas Political Bureua, Dr. Mousa Abu Marzouq, told the Hamas affiliated Palestinian Information Center that Egypt provided grantees for the movement regarding Israel’s commitments to implement phase 2 of the prisoner-swap deal. He added that Khaled Mashal, head of the Political Bureau of Hamas, delayed his visit to Amman due to logistics.Abu Marzouq stated that the remaining nine female detainees imprisoned by Israel will be released in the second part of the prisoner-swap deal, adding that Egypt also confirmed the issue.

“The prisoner-swap deal clearly states that all female detainees, held by Israel, will be released, Israel presented a list containing the names of 27 female detainees”, Abu Marzouq said, “After revising the list, we found out that Israel excluded nine more female detainees, and claimed that the nine were taken prisoner after the swap talks started”.

He further stated that “despite all Israeli claims, and manipulations, the Egyptian efforts will secure the release of the remaining nine female detainees”.

As for the implementation of the second phase of the swap deal, Abu Marzouq said that “the arrangements are not complicated”.

“The occupation will be choosing the detainees who will be released” the Hamas leader added, “Those detainees are no identified as ‘dangerous’ by Israel”.

Commenting on ongoing Israeli siege on Gaza, Abu Marzouq said that “the deal is clear, and has no hidden sections”, adding that “Israel imposed the siege on the Gaza Strip after Gilad Shalit was captured, it closed the borders, and kidnapped elected legislators”.

“But now, and after Shalit was released, border terminals will be opened, and the situation will go back to the way it was before Shalit was captured”, the Hamas leader said, “As for the imprisoned legislators, none of them was captured in relation to Shalit’s abduction; legislators who are still imprisoned will be released”.

Commenting on the statements of President Mahmoud Abbas regarding an agreement with Israel to release more detainees, besides those released under the swap-deal, Abu Marzouq said that he has no information regarding this arrangement, but said that Abbas was likely just referring to the second phase of the swap-deal.

When asked about the Palestinian reconciliation file, Abu Marzouq said that no date has been set, so far, for the upcoming Hamas-Fateh meeting, and that when this meeting takes place, “it will not be just be a “protocol meeting, as reconciliation is a priority for Hamas, and every party is expected to respect it and abide by its terms.

He further stated that when this meeting is held, it will be focused on three main issues; the national agenda, a strategy for unified action, and the full implementation of the reconciliation agreement.