16 Bedouin Families to Be Evacuated for Military Drills 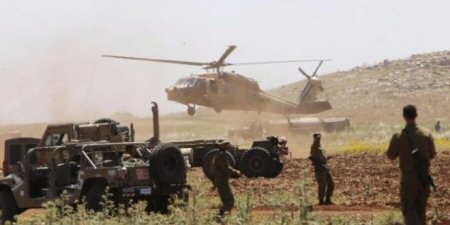 Israeli occupation authorities, on Monday morning, have notified 16 Palestinian families that they will be evicted from their homes in Khirbat Ibiziq village, east of Tubas, under the pretext that the Israeli army will conduct military drills in the area.

According to the official over the Jordan Valley file in Tubas governorate, Mu’taz Bisharat, Israeli occupation authorities notified about 80 people to evacuate their homes from 7 am to 6 pm, on Monday morning, and will continue until Wednesday morning.

Residents of the area, located in the northern Jordan Valley, east of occupied Jerusalem, are continually threatened with displacement as occupation authorities attempt to Judaize the valley.

According to the PNN, Khirbet Ibizig is comprised of Bedouins seeking water and pasture. The number of Bedouins living in the village is more than 256, including 16 families living in the area permanently, with the rest in a mobile state.

The village is subjected to continuous raids by Israeli occupation forces. Every time a raid is carried out, there are new demolition notices, threats of displacement.

Last week, Israeli forces ordered 10 families living in the area of ​​Khirbat Ibiziq to vacate their homes for varying periods, under the pretext of conducting military exercises in the area.