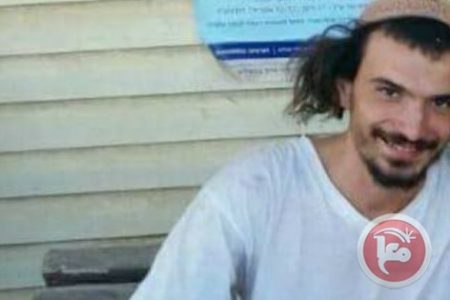 Israeli authorities released a 19-year-old Israeli terrorist from administrative detention — an Israeli policy of imprisonment without charge or trial — on Friday, after he was detained in June for allegedly attacking Palestinian communities.

The Hebrew language version of Haaretz reported that the Shin Bet, Israel’s internal security agency, released Elia Nativ, a resident of the Yitzhar colony in the occupied West Bank district of Nablus, from administrative detention after some two months, in a rare case in which the policy was used against a Jewish Israeli.

The policy of administrative detention is almost exclusively used against Palestinians, with 450 Palestinians held under the policy as of July, according to prisoners’ rights group Addameer.

Haaretz had previously reported that Nativ was suspected of vandalizing Palestinian properties, including setting fire to Palestinian cars in the villages of Huwwara and Burin, located nearby the Yitzhar settlement, and puncturing tires of vehicles parked near diplomatic offices and international agencies, including the United Nations in Jerusalem.

Another Israeli was also reportedly detained over similar charges, but was not held under administrative detention, Ma’an reports.

According to Haaretz, the Shin Bet believes that Nativ is a member of an extremist Jewish group called “Foundation of the Revolt,” which reportedly operates out of the illegal Israeli outpost of Baladim. However, in recent weeks the residents of the outpost were removed, causing most of the extremists to move to the Yitzhar settlement.

Amiram Ben-Uliel, who was charged with murdering three members of the Dawabsha family in the Nablus-area village of Douma after setting their house on fire two years ago, was also part of this extremist movement, according to Haaretz.

An upwards of some 600,000 Israeli settlers reside in occupied Palestinian territory in violation of international law. The international community has repeatedly called their presence and rising population the main impediment to potential peace in the region.

The UN reported earlier this month that after a three-year decline of settler attacks on Palestinians, the first half of 2017 showed a major increase in such attacks, with 89 incidents being documented so far this year.

“On a monthly average, this represents an increase of 88 percent compared with 2016,” the UN said. The attacks during this time period have led to the deaths of three Palestinians.

Israeli media has reported that the Shin Bet has also warned the Israeli government over the alarming trend and has “called on the government to adopt urgent measures to prevent further deterioration,” according to the UN.

Palestinian activists and rights groups have long accused Israel of fostering a “culture of impunity” for Israeli settlers and soldiers committing violent acts against Palestinians.

Israeli authorities served indictments in only 8.2 percent of cases of Israeli settlers committing anti-Palestinian crimes in the occupied West Bank in the past three years, according to Israeli NGO Yesh Din.

Meanwhile, Palestinians allegedly or actually committing any attacks on Israelis are often shot dead at the scene, in what rights groups have deemed “extrajudicial executions,” or face long prison sentences.