Gaza Power Plant Up and Running Again as Siege Continues 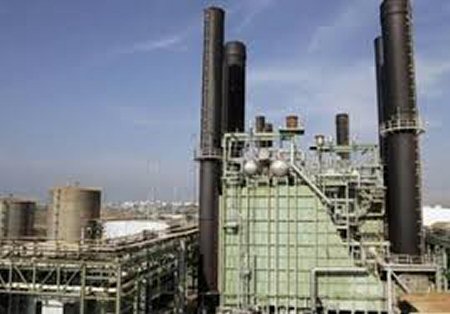 The Natural Resources Authority in Gaza has announced that the second generator at the main power plant resumed its work on Thursday morning, after the resumption of pumping Egyptian fuel.

The spokesperson of  the plant told Al Ray Palestinian Media Agency  that, “The recent perplexity over electricity distribution schedules was due to the lack of the Egyptian fuel for about a week, which led to the work of only one generator in the station.”

He confirmed that resumption of pumping Egyptian fuel to the plant last night, and operating the second generator at the station will support the distribution programs gradually.

He pointed out that the operation of additional generators in the station depends on the arrival of larger quantities of fuel.

In recent weeks, the power deficit in Gaza reached 500 megawatts while electricity needs of Gaza strip still rise to 600 megawatts.

The sector has been suffering from an electricity crisis for months because of the re-imposition of the “Balu” tax on the fuel of the sole plant in the enclave by the National Reconciliation Government, as well to the continued disruption of the Egyptian lines, which were contributing relatively to the amelioration of the electricity schedule.

The crisis reached to cut electricity for 22 hours versus 2 hours only of work. In related news, the Chamber of Commerce in Gaza said that the 10-year Israeli blockade and the arbitrary measures by PA president Mahmoud Abbas could lead the Gaza Strip to a severe downfall.

Maher Altabaa, the public relations manager in the Chamber of Commerce, said in a statement that the crisis the Gaza Strip is going through would lead the Strip to its downfall by the end of the Sacrifice Feast.

He also added that the unemployment rate in Gaza has reached 41%, poverty r65%, and the markets have slipped into the most unprecedented recession ever.

It’s worth mentioning that Abbas has taken strict measures including reducing salaries, forcing some employees into mandatory retirement, and cutting electricity.

The spokesman for the UN Secretary-General, Stephen Dujerric, remarked in a conference statement that Israel, the Palestinian Authority, and the government in Gaza do not fulfill their duties towards the people of the Strip.