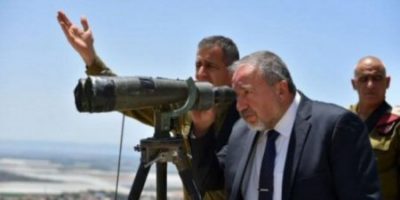 The Palestinian Ministry of Foreign Affairs warned on Sunday that there would be “serious repercussions of an Israeli expansion project of the old city of al-Khalil. (Hebron)”.

The new settlements will include 2 kindergartens (school), and public parks. Ma’an News Agency quoted human rights group PEACE NOW, in the following statement, “If the Israeli government is interested in peace it must halt settlement expansion immediately.”

The statement went on to say the current Israeli government is “clearly continuing to take advantage of the carte blanche given to them by the Trump administration, in order to destroy the chances for peace.”

The Palestinian Authority also suggested that the increase in settlement activity is a direct result of the silence of the international community, which has emboldened the Israeli government.

Meanwhile, Lieberman is reported to welcome the government’s decision, saying that “the city will flourish with a new Jewish neighborhood.” This news comes at the same time that several young Palestinians were attacked by settlers in al-Khalil, where one youth was hit in the head on Saturday, with the butt of a rifle, by an illegal colonialist settler, he was transferred to a local hospital for treatment, according to the Palestinian Information Center.

An estimated 196 settlements have been built throughout the Occupied West Bank, which under international law are illegal.