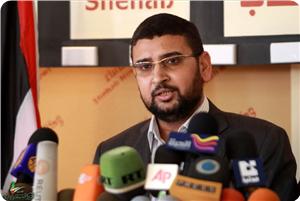 The Egyptian prosecution then decided to have Abu Zuhri testify in the court as part of the legal proceedings.

The Hamas spokesperson added that he filed a request asking to be allowed to enter Egypt but the Egyptian security rejected his request.

The family of Abu Zuhri demanded the Egyptian Authorities to hold a serious investigation into the death of their son and to allow them to testify.

Yousef Abu Zuhri, 38, died in an Egyptian prison last year. His brother, Sami, said that Yousef died due to torture by Egyptian interrogators.