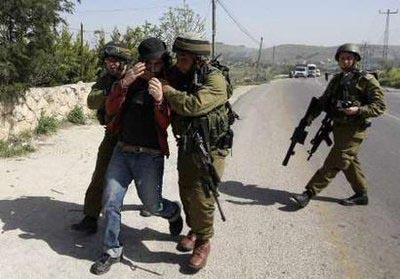 During the last week, Israeli forces abducted 27 Palestinian civilians, including two children and a journalist, during 13 separate incursions.

In one example of the week’s invasions, on Friday, 12 March 2010, at approximately 00:30, Israeli forces moved into Ramallah. A number of Palestinian boys gathered and threw stones at Israeli military vehicles. Immediately, Israeli troops fired at the boys. They withdrew from the town later, and no casualties were reported.
Israeli forces have established checkpoints in and around Jerusalem, severely restricting Palestinian access to the city. Civilians are frequently prevented from praying at the al-Aqsa Mosque in Jerusalem.

Israeli forces have continued to impose a total siege and have isolated the Gaza Strip from the outside world.

In the Gaza Strip, Israeli forces fired at Palestinian workers and fishing boats. They also fired at a peaceful protest against the security zone Israeli forces plan to establish along the border.

On 12 March 2010, Israeli warplanes bombarded and destroyed a factory of plastics in Khan Yunis.

In the Gaza Strip, on 12 March 2010, Israeli forces moved into the east of Jabalya town in the northern Gaza Strip. They leveled areas of land which they had already razed.

The Rafah International Crossing Point has been opened for a few days for a number of patients who received medical treatment abroad and needed to return home to the Gaza Strip.

Israeli forces have continued to close Beit Hanoun (Erez) crossing in the face of Palestinian civilians wishing to travel to the West Bank and Israeli for medical treatment, trade or social visits.

Israeli forces have not allowed fuel supplies into the Gaza Strip, excluding few amounts of cooking gas and energy fuel for Gaza Power Plant, since 10 December 2008.

During the reporting period, 31 Palestinian civilians, including 4 children and 5 women, were wounded when Israeli forces used excessive force against peaceful demonstrations organized in protest to the construction of the Annexation Wall and settlement activities in the West Bank.

Following the Friday Prayer on 12 March 2010, dozens of Palestinian civilians and international and Israeli human rights defenders organized a peaceful demonstration in protest to the construction of the Annexation Wall in Bil’in village, west of Ramallah. The demonstrators moved towards the Wall and attempted to cross it towards annexed lands. Immediately, Israeli troops fired rubber-coated metal bullets, sound bombs and tear gas canisters at the demonstrators. Two Palestinian civilians, including a child, were wounded by rubber-coated metal bullets. Additionally, dozens of demonstrators suffered from tear gas inhalation, and some of them sustained bruises.

Also following the Friday Prayer on 12 March 2010, dozens of Palestinian civilians and international and Israeli human rights defenders organized a peaceful demonstration in protest to land confiscation in Wad al-Raya area between Nabi Saleh and Deir Nizam villages, northwest of Ramallah. When the demonstrators attempted to reach areas of land seized by Israeli settlers near ‘Halmish’ settlement, Israeli troop fired rubber-coated metal bullets, sound bombs and tear gas canisters at them. As a result, 18 Palestinian civilians, including two children, were wounded by rubber-coated metal bullets.

During the reporting period, Israeli forces issued a military order declaring the area of the Annexation Wall in Bil’in and Ne’lin villages, west of Ramallah, a closed military zone on Fridays, banning access of Palestinian civilians to the area. According to the order, the ban will remain effective until 17 August 2010.
When complete, the illegal Annexation Wall will stretch for 724 kilometers around the West Bank, further isolating the entire population. 350 kilometers of the Wall has already been constructed. Approximately 99% of the Wall has been constructed inside the West Bank itself, further confiscating Palestinian land.

Due to the number and severity of Israeli human rights violations this week, the PCHR made a number of recommendations to the international community. Among these were a recommendation that the High Contracting Parties to the Fourth Geneva Convention to fulfill their legal and moral obligations under Article 1 of the Convention to ensure Israel’s respect for the Convention in the Occupied Palestinian Territory. The PCHR stated that it believes that the conspiracy of silence practiced by the international community has encouraged Israel to act as if it is above the law and encourages Israel continue to violate international human rights and humanitarian law.