Shaath: “No Negotiations Amidst Settlement Activities” 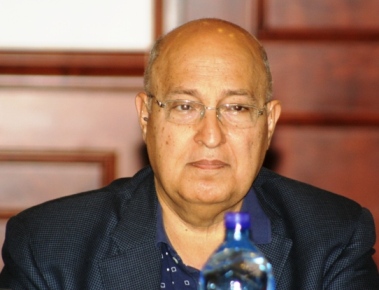 “Therefore, we will not return to the negotiations table as long as Israel continues its violations”, he said.

Shaath added that the recent stance of the U.S. administration in which its retracted its demand that Israel should halt its settlement activities has a very negative impact on peace talks.

He also said that U.S Middle East Envoy, George Mitchell, will be holding a meeting with Palestinian President, Mahmoud Abbas, in Jordan on Monday.

Shaath further said that the Palestinian leadership will ask the United States to clarify its stance on Israel’s plan to build 1600 units for Jewish settlers in East Jerusalem. Unconfirmed sources said that Israel might delay this plan for three years.

“We will not be dragged into a new round of escalation and armed conflict” he said, “Israel is trying to create a new conflict, but we will continue our nonviolent resistance and will not fall into Israel’s trap of a renewed armed conflict”.

He also said that Israel has escalated its violent attacks against popular nonviolent resistance in the West Bank, and in Gaza, hoping that a new armed conflict will ignite to give it another chance to strike and invade the Palestinian territories.

Zahhar saluted the resistance and said that the Palestinians and their armed groups must be aware of Israel’s plans and must act in accordance to the Palestinian national interests.

He also said that Hamas will not abandon the resistance and will act on preserving the Palestinian national interests.

The Hamas leader further said that the movement wants to achieve a solid unity deal with Fateh and the rest of the Palestinian factions.