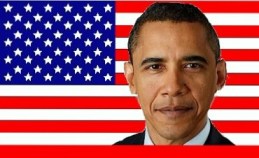 The Washington Post reported Wednesday that U.S. President, Barak Obama, is seriously weighing presenting a new plan for resolving the Palestinian-Israeli conflict. This plan could be presented this Autumn and is said to be based on proposals made by former President, Bill Clinton, in Camp David in 2000.The plan would be considered as a Middle-East Initiative that would link resolving the conflict with Israel, with isolating Iran, and ending the conflict in the region.

On March 24, the White House held discussions on presenting a new plan based on agreements and understandings reached by the Palestinians and Israel in Camp David and in Taba in 2000.

Obama participated in the meeting one hour after it started, and asked the participants to present their opinions and ideas for peace in the Middle East. Most of them expressed support to a new American plan for Middle East peace.

The U.S. administration believes that the conflict cannot be ignored as it escalates with time, and the gaps become wider. It also believes that this conflict is boosting the power of Iran and “other fundamentalists”.

Meanwhile, Israeli daily Haaretz, reported that Prime Minister, Benjamin Netanyahu, expressed his rejection to any peace settlement that would be imposed on the country.

He said that any deal imposed on Israel will not be accepted and the whole issue will fail.

Netanyahu rejects any withdrawal from Jerusalem and the Palestinian Plains in the Jordan valley, and demands a permanent Israeli control on the borders, and permanent presence in various parts of the occupied West Bank.

Israeli Deputy Foreign Israel, Dani Ayalon, told the Israeli Army Radio that it is unlikely that the U.S would try to impose a peace plan, and should it do so “it would became part of the conflict, and not part of the solution”.