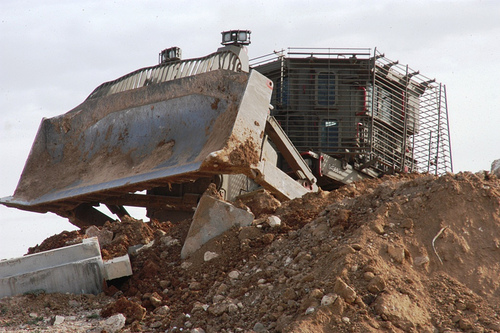 Villagers along with international supporters gathered on Friday in Al-Walaja village near Jerusalem to protest the Israeli wall being built on their lands.

The Israeli army resumed woke at this section of the wall last on Thursday. Villagers say the army bulldozers had uprooted 100 olive trees owned by local farmers.

Earlier in the week, a number of civilians were treated for the effects of tear gas inhalation and one child was detained by soldiers when they attacked anti wall protest in the Wallaja village on Tuesday. On Sunday troops used tear gas to disperse a similar protest in the village.

Al-Walaja village was annexed by Israel in 1949 but the residents were not granted Israeli IDs. The military do not give residents any permission to build homes or public facilities.