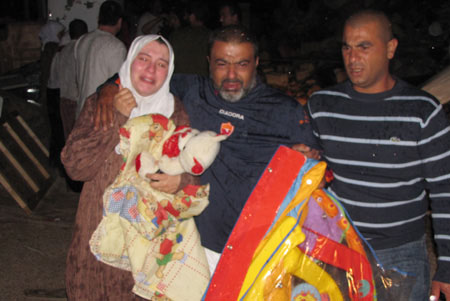 Scores of Israeli policemen invaded Taybeh Arab city, in the 1948 territory, and demolished a home after surrounding it and forcing the residents out, the Arabs48 news Website reported. A police helicopter flew over the area while the police surrounded the home in question to prevent the residents from approaching it.

Dozens of residents gathered at the entrance of the Industrial Zone on Road 444 (Teereh-Taybeh Road) in an attempt to march to the city to prevent the demolishing of the home.

But the police advanced into the city, demolished the home and kidnapped three residents while several other residents were wounded during ensuing clashes, the Arabs48 added.

After the home was demolished, unknown persons tried to set ablaze the building of Taybeh City Council which is run by a person appointed by the Israeli Ministry of Interior.

Firefighters managed to extinguish the fire before its spread, while damages were reported at the entrance of the building.