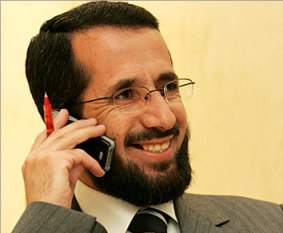 His statement came in response to orders issues by the Israeli Ministry of Interior to strip Jerusalem Legislators of the Palestinian government and residents on the occupied city of their right to reside in their hometown.

He added that withdrawing Jerusalem residency from Palestinian residents and officials aims at expelling all Arabs and Palestinians in Jerusalem in order to ensure a vast Jewish majority at all times.

Abu Arafa said that there are 220.000 Jewish settlers living in occupied East Jerusalem comparing to 150 Palestinians.

He also stated that voiding residency rights of Palestinian residents and officials is part of a wider Israeli plan targeting the very existence of the Palestinians. Part of this police, he said, is decision number 1650 that aims at removing 70.000 Palestinians from
Jerusalem and the West Bank under the claim that they did not receive legal residency documents.