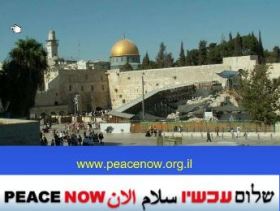 Israeli Peace Now movement reported that several settler organizations started recently modification work in an old police station in Ras Al Amoud Arab neighborhood in East Jerusalem, in order to be inhibited by Jews. The police station was vacated as part of an agreement with the settlers and was moved to a new building near Maaleh Adumim settlement, east of Jerusalem in the occupied West Bank.

Peace Now stated that the settlers claim that they are just renovating and conducting maintenance work, but the movement investigated the issue and found out that that the settlers filed for a permit in 2009 in order to reconstruct the building but the Jerusalem Municipality never responded.

The movement stated that settlement construction in Jerusalem falls under two sections; large settlement neighborhoods built by the government on areas annexed to Jerusalem in 1967 and are inhibited by 190.000 Israelis, and the second type is settlements built in the center of Palestinian neighborhoods.

It stated that settlements built by the government in the occupied territories are meant to sabotage any chances for a deal with the Palestinians by isolating Jerusalem from the West Bank, while settlements in Palestinian neighborhoods are meant to keep these areas under the control of Israel.

The settlers received 1213 permits while the Palestinians only received 136 permits.

It added that since elected as the mayor of Jerusalem in 2008, Nir Barkat, remained “faithful to the settlers in East Jerusalem”.

Peace Now warned that the increasing number of settlers in occupied East Jerusalem would lead to a future of no political deal with the Palestinians.