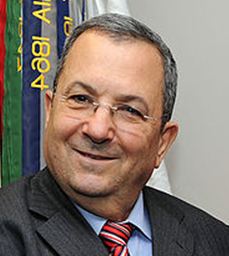 Israeli Defense Minister, Ehud Barak, stated that the “deteriorating relations” with the United States should push Israel to come up with a serious initiative for peace with the Palestinians.His statements came during a meeting with the Knesset’s Foreign Affairs and Defense Committee., Israeli daily, Haaretz, reported.

The Israeli Defense Minister added that Israel must find a solution to change its current “tense” relation with the United States.

He added that only a serious plan would be able to change the current situation.
Barak further stated that this initiative must be comprehensive addressing all core issues of the Palestinian-Israeli conflict.

He said that continuing the occupation is more dangerous that a situation with Israel’s worst enemies.

Haaretz reported that member of Knesset, Amir Peretz, demanded Barak during a Labor Party meeting to present a plan that would be considered the base for proximity talks with the Palestinian people.

Peretz added that Barak must be ready to present a plan that would change its political map should proximity talks with the Palestinian fail to lead to direct talks.

As for the international plan for a nuclear-free Middle East, Barak said that he does not think this policy would endanger Israel’s stance of not revealing its nuclear program.