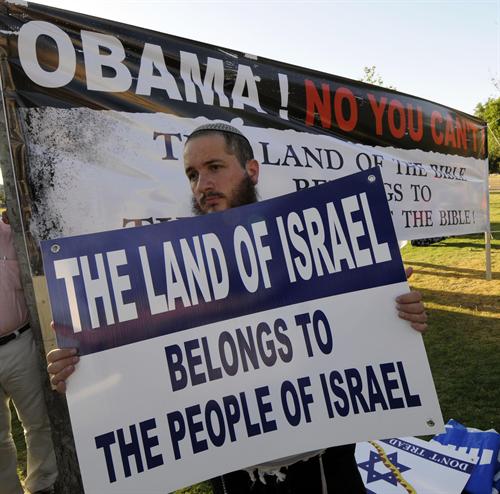 Dozens of Israeli settlers and hardliner Jewish supporters marched into the Palestinian town of Silwan on Tuesday in support of a settlement there.
Israeli troops closed off streets leading to Bit Yonan settlement built illegal in the town and allowed only settlers and their supporters to use it. Settlers marched chanting anti Palestinian and Arab songs and carried Israeli flags, residents reported.

Settlers has been gathering at the Bit Yonan since last night as the Israeli government decided to evacuate it because it conceders it illegal.

Settlers used Meletove cocktail-bombs to attack residents homes before the residents tried to stop them, witnesses said that settlers were protected by Israeli troops. The Israeli firefighters took one hour to reach residents homes and put-off the fire, witnesses added.

The settlers were protesting the Israel government decision to demolish settlers homes in the old city it considers illegal, according to international law all Israeli settlements in and around Jerusalem are illegal.