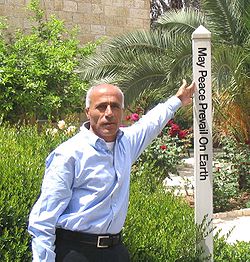 Israeli sources reported that Nuclear whistleblower, Mordechai Vanunu, was sentenced, Tuesday, to three months imprisonment after he refused to perform community service in West Jerusalem, fearing harassment from fundamentalist Jews. Yet, the Israeli Prosecution argued further than that and claimed that Vanunu can still harm the state’s security.

The Israeli Supreme Court in Jerusalem declined Vanunu’s request to perform community service in occupied East Jerusalem, and the court insisted that his service should be in West Jerusalem.

Israel Ynet News reported that attorney Dan Eldad of the state prosecution told its reporter that the court tried all venues to prevent sending Vanunu to jail “but had no other choice”.

His new case at the court brought back claims made against him 24 years ago, when he was first arrested for revealing information about Israel’s Nuclear Reactor where he worked.

Eldad told the Ynet that Vanunu knows information that, if revealed, could “jeopardize Israel’s security”.

Vanunu was sentenced to six months imprisonment in 2008 for holding a meeting with foreign nationals, as this issue was seen as a breach of the conditions of his parole.

Vanunu, who converted to Christianity after he was released, served 18 years behind bars, including 11 years in solitary confinement as Israel did not want him to communicate with other prisoners.

Upon his release, he was ordered to remain in Israel, and was ordered not to enter the Palestinian territories or talk to the press.

Vanunu was born in Marrakesh – Morocco on October 14 1954. He declared his opposition to Israel’s nuclear program and to all sorts of Weapons of Mass destruction.

After talking to British press in 1986 about Israel’s Demona reactor where he worked, the Israeli security drugged and kidnapped him after he was lured to Italy by a spy working for the Mossad.

He was then secretly sent to Israel and an Israeli court was fast to convict him in a closed session. Vanunu has been repeatedly nominated for the Nobel Peace Prize.