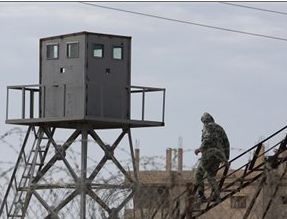 The Egyptian authorities arrested on Friday three Ethiopian women near the Egyptian-Israeli border in Sinai.Egyptian security sources reported that the three, detained on Friday at dawn, were trying to infiltrate into Israel.

The three, in their thirties, stated during interrogation that they paid 3000 USD to the smugglers who promised them to smuggle them into Israel.

They added that they wanted to go to Israel to search for work.

Egypt killed and wounded several African nationals while attempting to enter Israel with the help of smugglers.

Egyptian sources stated that 19 Ethiopians and 3 Eritreans, among them a 4-year-old boy and three women, were arrested and one man was wounded after being shot by the Egyptian Border Police.