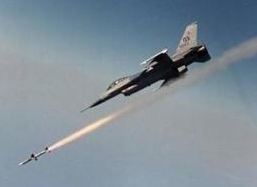 Also, the air force carried four airstrikes targeting the Gaza International Airport in Rafah, in the southern part of the Gaza Strip.

The airport, already destroyed and nonfunctional as was targeted by the Israeli army and air force several times since 2002.

The army also repeatedly bulldozed the airport’s runways and its buildings.

Furthermore, an Israeli army spokesperson stated that the airstrikes were carried out after a homemade shells was fired from Gaza into the Israeli Negev town of Sderot.

The spokesperson added that fighters also tried to plant an explosive charge near the border fence in the Nahal Oz area, in the northern part of the Gaza Strip.