In A Letter Send To Turkish PM; Likud MK Says Israel Should Have Killed All Marmara Passengers 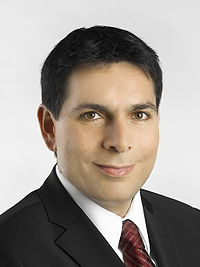 Israeli sources reported Wednesday that Israeli Member of Knesset of the Likud Party, Dani Dannon, sent a sarcastic letter to Turkish Prime Minister, Recep Tayyip Erdogan, telling him that Israeli soldiers should have killed all of the passengers of the Marmara Ship that was heading to Gaza to deliver humanitarian supplies. During the attack that took place on May 31, Israeli soldiers who boarded the ship before towing it to Ashdod, shot and killed nine Turkish activists and wounded several others.

In his letter, Dannon said that he is sorry the soldiers “had lots of discipline and only killed nine activists”.

He added that “should Israel had a prior knowledge that terrorist were on board, the soldiers would have received orders to kill everyone who threatened their safety”.

Dannon also stated that he is sorry because Israel did not conduct a security check on all passengers of the Turkish ship before it sailed, in addition to “being sorry” because Israel “did not prevent the passengers from arming themselves”.

Meanwhile, Israeli Prime Minister, Benjamin Netanyahu, denied reports stating that Israel intends to pay compensation to the families of the nine Turkish peace activists who were killed when the Israeli army attacked the Turkish Mavi Marmara solidarity ship that was heading to Gaza to deliver humanitarian supplies.

During a Monday session with his Likud Party, Netanyahu said that Israel is holding talks with Turkey to drop all charges against the soldiers who took place in the attack, and added that any official apology or compensation will make it easier for Ankara to file lawsuits against the soldiers.