P.A. Asks European Countries for the Recognition of Palestine 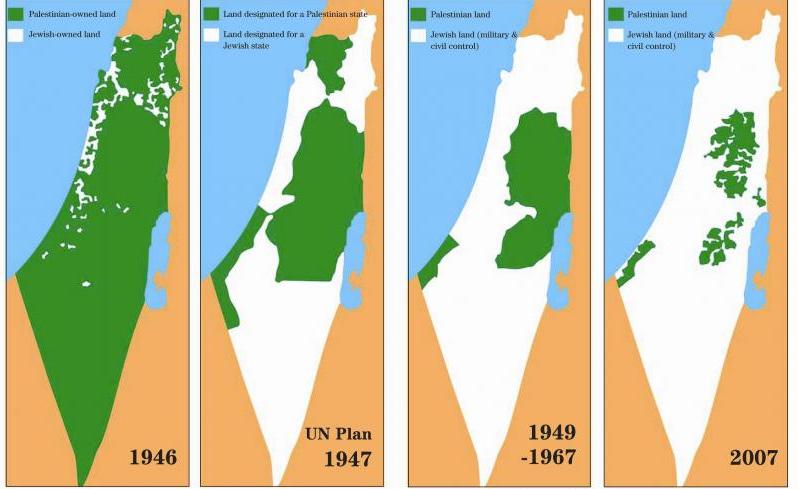 On Thursday, Palestinian negotiators asked to a number of European countries to recognize a Palestinian state in the 1967 borders, as a new strategy to failure of peace talks. Meanwhile, the U.S. approved a resolution opposing a possible unilateral declaration, Haaretz reported.According to Palestinian officials, a request was sent on Wednesday to the consuls general of France, Britain, Sweden and Denmark as well as the European Union envoy to the peace process, asking to recognize a Palestinian state along the 1967 borders. A previous appeal was sent to the European Union earlier this week.

Meanwhile, the United States House of Representatives approved a resolution opposing a unilateral declaration of a Palestinian state, stressing that ‘true and lasting peace between Israel and the Palestinians can only be achieved through direct negotiations between the parties.’

The resolution ensures the U.S.’s denial to recognize a Palestinian state, in case it is declared unilaterally, and to veto any resolution by the United Nations Security Council with regard to supporting this issue.

According to the resolution, Palestinian leaders should ‘cease all efforts at circumventing the negotiation process, including efforts to gain recognition of a Palestinian state from other nations, within the United Nations, and in other international forums prior to achievement of a final agreement between Israel and the Palestinians… and calls upon foreign governments not to extend such recognition.’

The U.S.’s decision comes shortly after the information that the representatives of the European Union will discus the possibility of recognizing a Palestinian state along the 1967 borders, only if no agreement is reached with Israel within a year.

Earlier this month, Brazil and Argentina recognized a Palestinian state based on its 1967 borders, joining previous initiatives submitted by all Arab countries, most African nations and part of the new Asian economic powers, such as China and India. Uruguay has also announced its recognition for next year.