New Date For Local Elections About To Be Set 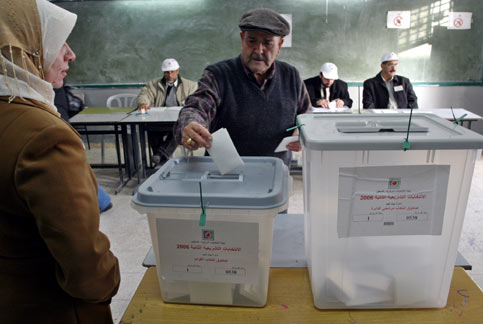 After the Supreme Court ruled that the P.A.’s decision to postpone local elections in the West Bank as illegal, the cabinet announced on Tuesday that a new date will be set immediately, ‘In accordance with the law.’Following the Tuesday regular cabinet meeting, the Palestinian Authority issued a statement explaining that ministers ‘discussed the required procedures for setting a new date to hold the elections,’ and asked the Minister of Local Government ‘to provide an integrated visualization to the cabinet in this regard,’ Ma’an News quoted.

The municipal elections, which were set to be held in June 17, were postponed by the P.A. cabinet a month before the set date. Last week, the Supreme Court in Ramallah considered the decision to be illegal.

According to what the Ministry of Local Government stated at that time, the elections were postponed after the Israeli attack of the Freedom Flotilla in May and as a result of the petition of some Arab nations and “friends in the world” who asked to “pave the way for a successful end to the siege on Gaza, and for continued efforts at unity,” the Alternative Information Center quoted.

However, dissidents said that it was a move by Fateh movement made out of fear that its lists would not win out over the growing power of leftist coalitions. Most of the political parties, as well as civil and cultural associations, condemned the decision and requested for an immediate new date for elections.